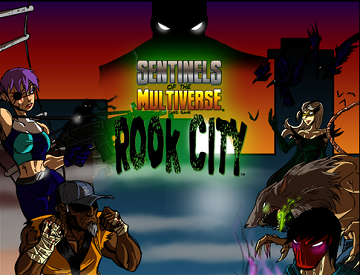 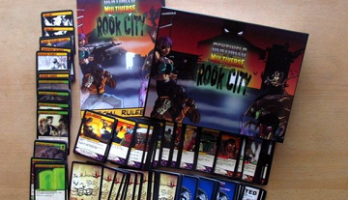 Rook City does its best to right some wrongs with Sentinels’ gameplay balance. The two super heroes introduced in this set have the flavor of two other heroes (in the base game) but add an extra wrinkle that both improves and hinders their effectiveness.

At first glance, Mister Fixer’s deck looks similar to Bunker’s. It has style cards instead of mode cards, and it also features equipment. But if you look closer, Mister Fixer’s deck focuses on boosting his damage or redirecting damage dealt to him, while Bunker’s deck isn’t as focused—it can do just about anything. This focus defines Mister Fixer’s role but also makes him less of a panacea than most of the heroes introduced in the base game.

Expatriette—the other new hero in this set—looks like a cross between The Wraith and Ra. Like The Wraith she has equipment cards, but her cards focus on guns and ammo which leads to damage increases and damage type conversion, and damage manipulation sounds more like Ra. Despite boosted damage, neither one of these new heroes measures up to the studs from the base game. And that’s a good thing. 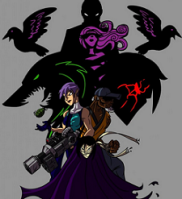 She doesn’t have a special win condition like Baron Blood or Grand Warlord Voss, but she doesn’t need one. It’s fitting that her nemesis is Tachyon because she runs through her deck her hero counterpart. You’ll find it difficult to stop her once she gets her fowl on the board—and she gets her fowl on the board quickly. Imagine fighting twenty or so weenie villains before you can touch The Matriarch—who has a lot of HP by the way—and you might have an understanding of how frustrating she can be. Several fans have named The Matriarch their least favorite villain and have even said that she’s no fun to play against. But she’s not this set’s only tough villain. 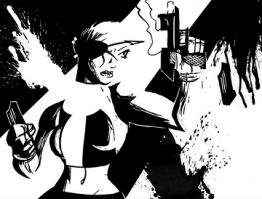 The Chairman is almost as infuriating with his thugs as The Matriarch is with her fowl. And to make matters worse, The Chairman is immune to damage until you take out so many of his underbosses, and heroes can’t win the game unless they take out The Operative, who runs interference for The Chairman. Yikes! There’s a reason that when Greater Than Games measured the toughness of their villains, The Chairman and The Matriarch were tied for the toughest. Just like the heroes in this set, Sentinels needed these villains so games would become less of a picnic.

And speaking of less than a picnic, the two new environments in Rook City favor the villains more so than any one environment in the base game. Pike Industrial Complex can act fairly between the heroes and villains, but the set’s namesake Rook City environment feels like a cancerous Gotham City. Crooks and crooked cops don’t usually help heroes.

Verdict: A great addition for the Sentinels of the Multiverse. Rook City does a great job of addressing gameplay balance in the series, but it may have done too good of a job.