Comic book movies have flooded Hollywood and that’s led to new comic book readers, but there’s too much history for a lot of these characters that newbies to the hobby can get lost. Not to worry your uncle Geekly and Big Bad Jim have you covered. We’ll make recommendations for newcomers to various aspects of geekery.

Keep in mind that these are recommendations. You can read our list and disagreeing with it. We won’t hold that against you, but we may have to challenge you to a leg wrestling match.

We’ll start this ballgame with one of the largest superhero teams in comics: The X-Men.

The X-Men have had plenty of various lineups, eras, and variants, so they prove difficult to follow, especially if you’re new to the comic books.

Over the course of its history the X-Men have grown and expanded more than any other Marvel property. Time travel, group dynamic changes, and characters losing their minds don’t help matters much.

Hi, everyone. This is good, old uncle Geekly with a group of starter stories that feature everyone’s favorite Marvel mutants the X-Men. 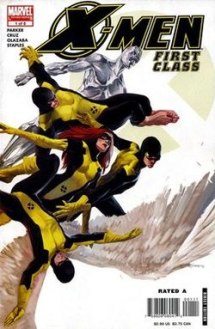 The X-Men can get overly convoluted. X-Men: First Class strips down the original characters to their teenage roots. It’s a light-hearted and fun series, and the one quality that puts it on this list is that the reader doesn’t need to know much about the series find enjoyment. It’s a great jumping off point. 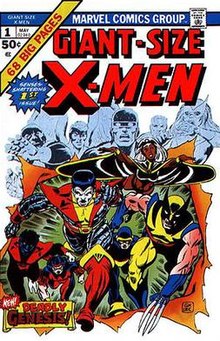 This one predates Chris Claremont’s fabled run on Uncanny X-Men (1975-1991) and introduces readers to the second wave of X-Men: Storm, Colossus, Nightcrawler, and Wolverine. It opens in medias res with Professor X recruiting this new team to rescue the original X-Men, and it’s this group of mutants who defined the group for a generation. It’s also arguably the most diverse team roster, something in which the X-Men prides itself. 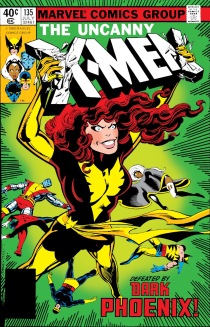 This one is iconic. Jean Grey had been reborn as the Phoenix after becoming a being of pure thought. This new persona made her a target for Mastermind (of the Hellfire Club) and what follows is a long descent into madness. One could liken it to a superhero version of The Exorcist.

This story was adapted for the X-Men Animated Series. X-Men: The Last Stand contained story elements, and the upcoming Dark Phoenix film should be a direct, live-action adaptation of the story that has been inducted into Columbia University’s library. Yeah, Xavier’s school isn’t the only one that views The Dark Phoenix Saga highly. 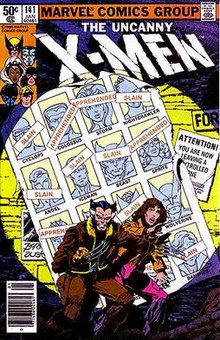 X-Men: Days of Future Past (written by Chris Claremont and John Byrne/art by John Byrne; 1981)

This story marked the end of Claremont and Byrne’s run on the X-Men, and this is also where the X-Men’s time travel stories begin. While the series may have done time travel to death, in Days of Future Past it was refreshing, novel, and easy to follow.

The story alternates between the present year of 1980 and the future year of 2013. Wow. We’ve already lived beyond the fictional year for this story. The story’s 2013 paints a bleak existence for mutants. They’re killed one by one and must send one of their own back in time to stop the dystopia.

Kitty Pride, the one who’s chosen to go back in time, becomes a full-fledged member of the team, and this story is the first one to promote Mystique to the Brotherhood of Evil Mutants’ leader. Both characters come into their own here, so this classic is a must read. 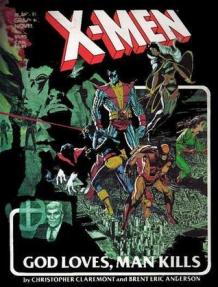 So many X-fans would call God Loves, Man Kills the defining X-Men arc, and they may be right. The main antagonist doesn’t wear tights or have powers. Humanity is at war with itself.

This is a realistic portrayal of how the world may react to the dawn of mutants and how those mutants would react to that world. It’s an analogy of bigotry and small mindedness. It also showcases how tenuous allegiances can be in the series as Magneto joins forces with the X-Men to rescue Professor X, who is forced to mentally kill all mutants on Earth.

Some fans may notice elements of this story in X2: X-Men United. 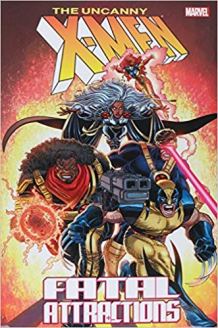 It’s difficult to pick an X-story from the 1990s and beyond without listing a bunch of other stories one would have to read to get most of the references. Fatal Attractions requires very little background info. It recasts Magento as the X-Men’s chief antagonist. This crossover event also features Cable’s return to X-Force (good for Deadpool 2 fans) and one of the most desperate fights between Magneto and Professor Xavier.

There’s even an iconic battle between Wolverine and Magneto that left some fans squeamish.

That’s my list for readers new to X-Men. Did I miss any stories or include some that I shouldn’t? You could send me a message via telepathy, but I’m telepathetic. Leaving a comment would be more effective.

One thought on “X-Men Starter Stories”