We’re on a freeway of love in a pink Cadillac. We miss you, Aretha. Shine on, Queen of Soul.

Getting back to tabletop games, there are plenty of games that cast the players with setting up routes or networks or roads or even freeways of love to score points. The difficulty levels of these games vary, and route or network building games tend to have more than just that mechanism in them. That may be because building roads or a network doesn’t appeal to a lot of players, but there are some beginner games that can introduce new players to the genre.

Your uncle Geekly’s back with another Getting Started, so let’s network.

A game that’s just building a road or route. That sounds too simple. It’d be boring. Tsuro doesn’t have much more to it than that, and it’s excellent.

Players lay tiles with winding paths on them from their hand onto a 6×6 grid and move their pawns as far on those paths as they can. The last player with a pawn on the board wins. Hint: you can lead your pawn off the board or into other pawns.

Ticket to Ride was the first game that came to my mind when thinking of starter route-network building games. It dominated the hobby when it first came out and remains popular. There are a lot of offshoots and expansions for Ticket to Ride that depict almost any region or country you could think of, but I’d start with the original United States map from 2004.

Players build railroad connections between cities, while trying to complete destination tickets that can span the length of the continent or country. Rummy-style set collection adds another layer as players collect cards with which to spend on railways between the various cities and usually, the first player to claim a route is the only one who can, so pressure builds when players decide whether to collect more cards for their hand or build a route before another player can do so. This is one of tabletop gaming’s simplest, elegant, and tense push-pulls.

Ticket to Ride may add another layer than Tsuro, but it’s still easy enough for a tabletop game newcomer to learn, and one of the best “gateway games” (easy-to-learn board game that’s great for introducing new gamers to the hobby) on the market. 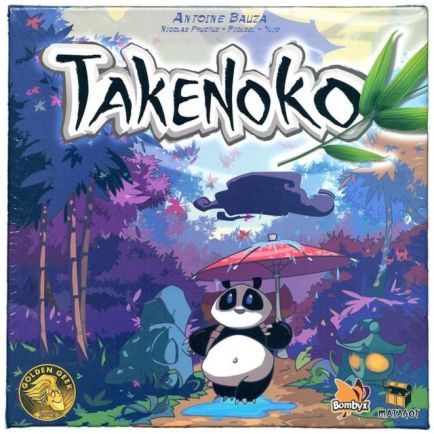 I’ve talked about Takenoko in the past. Don’t let the Chibi Panda fool you, this game has plenty of depth, but it’s still easy to teach and learn and takes a different approach to route/network building. Like Tsuro, Takenoko uses tile placement, but the network in Takenoko is in its irrigation.

The game starts with a pond tile, and in order to irrigate their bamboo players must connect tiles of various color bamboo to the starting pond tile with what the game calls an irrigation stick. I think of it as more of a trench system to get the water to where one wants it, but I may be wrong. If I am, feel free to toilet paper my house. I live in Connecticut. Yeah, totally Connecticut.

Anyway, I included Takenoko because it shows how many games will incorporate network/route building in the game, but the game won’t be about network building like the previous two entries. Yes. Players need water for irrigation, but irrigation sticks are only a fraction of what someone needs. 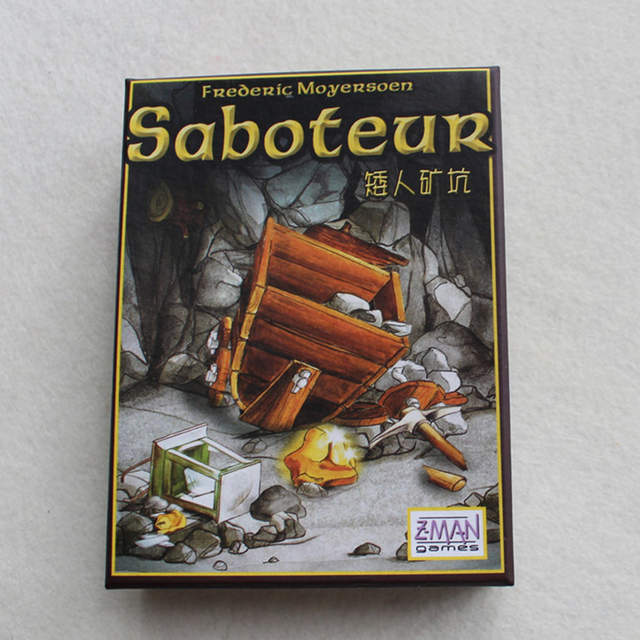 A good saboteur will pick the spot where they betray the team. Do they risk it and wait for the mining to team to get close to the gold and then play a U turn card? It’s very satisfying to be the saboteur, but who’s on which team is only part of the game’s hidden information. There are multiple locations for the gold to be at the beginning of the game, but no one knows where it is until they’re given a card that allows them to take a peek. Again, a good saboteur doesn’t reveal their identity because they could lead the mining team to the wrong spot.

Saboteur isn’t for everyone. There are some folks who hate traitors in cooperative games, but the runtime is so short that it had to make this list.

There are many other ways I could go with in terms of expanding this list of beginner route/network building games, but I’ll stop with these four because I miscounted them as five and if I had six I’d have to use the other hand to count.

Speaking of networking, we could use some comments about games or something else in the geek world. If you like this post, give it a like, and if you like what Geekly does, feel free to subscribe. If you subscribe, you can let your uncle Geekly know how wrong he is every day.