But which mini games are the best in the business? Which ones are ones someone could play for hours on end without finishing the main questline? Your uncle Geekly will give you his answer with this week’s 3 list of 3.

Geometry Wars had its humble beginnings in the popular racing game Project Gotham Racing 2 as a hidden joke. The designers threw in this minimalist retro puzzle game, and it became so popular that it received a standalone release, Geometry Wars: Retro Evolved.

This twin-stick space shooter had such addictive gameplay and stunning visuals that gamers didn’t care about the game’s uncompromising difficulty. Slap me around and call me novice.

Rolling monkeys inside giant, transparent spheres is no easy task. I never got into Super Monkey Ball’s main game, but I’m up for a multiplayer game Monkey Target any time. Your monkey rolls down a huge ramp, and once they’ve built up enough momentum, those large balls open up to form wings. Then, players glide their monkeys gently through bananas and power-ups to land on targets found in the middle of the sea.

Gliding is relaxing, Monkey Target’s controls are far better than Super Monkey Ball’s, and the mini game is joy. I could play—and have played—this mini game all day. 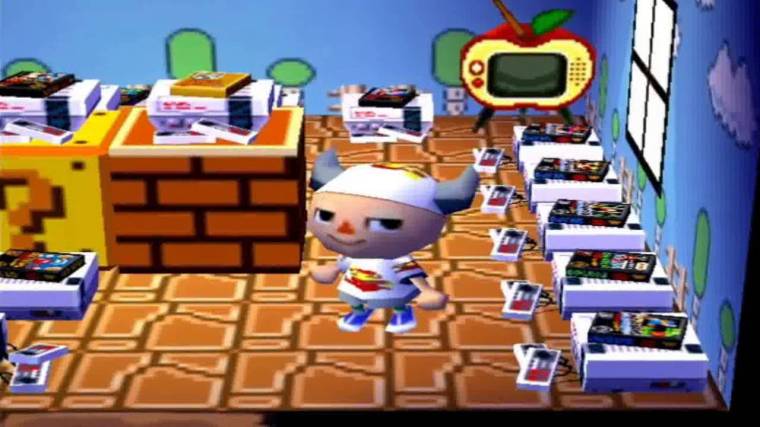 Who needs a Nintendo Entertainment System (NES) Classic when you can collect in-game NES cartridges in Animal Crossing?

Sure, this one’s a little bit of a cheat because they’re classic NES games coded within a Wii game, but I got excited whenever I found an NES cartridge in Animal Crossing. I picked up Donkey Kong Jr. Math. Woo hoo!

I was going to make this list by incorporating Final Fantasy mini games within the larger list of great mini games, but I came up with 2 out 3 games coming from Final Fantasy, so FF’s getting its own list. I’m not even sorry.

The first one in this list is the one I didn’t include at first because the premise is the strangest of the three: Blitzball. Final Fantasy X’s Blitzball is underwater soccer meets basketball. It makes no sense. It’s also awesome.

I don’t know how many hours I wasted playing Blitzball instead of finishing Final Fantasy X’s main story line. I didn’t care that Sin was going to destroy Spira. I want to sign the best Blitzball goalie Nimrook to a long-term contract. I’m also going to transition from Wedge, who’s a great shooter early game, to a combination of Nedus (very fast and a great prospect for shooting) and Nav Guado (great counter-attacking forward). I’ll assemble a team that no one can beat. Mwah-ha-ha!

Final Fantasy VII introduced chocobo racing, and it was a blast. The breeding system didn’t make a lot of sense, but the actual act of racing your chocobo (those are ostrich-type creatures for those who don’t play much Final Fantasy) played well. You had to know when to sprint your chocobo and when not to. I’m king of the chocobos.

The mini game was so popular that Final Fantasy brought the sport back for several iterations. Final Fantasy XIII-2 had a complex system where players could develop their chocobo’s statistics. You had to strike the right balance to achieve victory. Final Fantasy XV allows players to ride chocobos in the open world, which felt great, especially when Prompto makes up words for the song that plays every time a chocobo graces the screen. 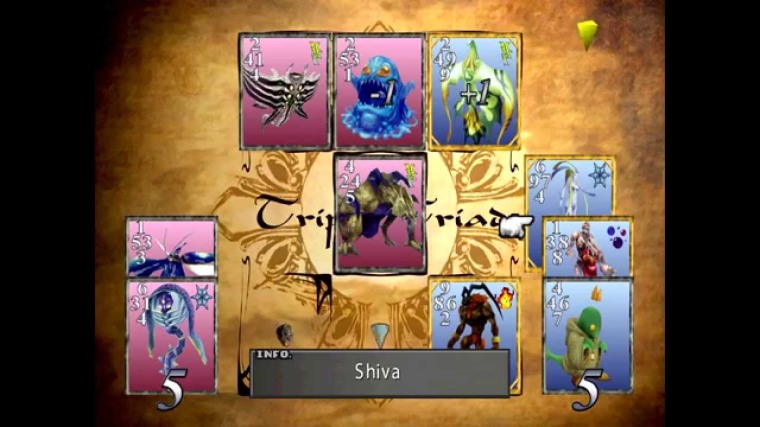 I find that most gamers fall into one of two mini card game camps: Triple Triad or Gwent. While I admit Gwent is a great game, it got its own release separate from The Witcher after all, I’m in the Final Fantasy VIII’s Triple Triad camp. I’m an older gamer. Deal with it.

I never used Quezacotl’s Card Mod Ability on any rare card. Keep your 100 Megalixirs; I want my Bahamut card. The same goes for three Diamond Armors. That Seifer card is too awesome.

I even cast the card capture spell so many times I lost count. I didn’t even care if I won a battle, I just wanted my cards. Sure, it’s a little like Pokemon, but I had to collect them all.

Fun skill checks that may as well be mini games

This one may need a little clarification. There are games within games, but there are also skill checks that can happen (like sneaking or fishing) that can occur within a game that’s really another mini game within a larger game. Here are three good examples of skill check mini games.

A lot of games feature some lame computer hacking mini game—I’m looking at you Fallout 3’s word searches and Mass Effect 2’s matching blurry lines of code that you couldn’t pay me to play—but Bioshock took the classic game Pipe Dream and added a steampunk twist. One had to find and match pipes to make water flow where you wanted it to before the water escaped the system.

It’s a fun mini game that gets a little old after the hundredth hack, but it’s a great throwback in an equally great game.

The Legend of Zelda: Ocarina of Time (Fishing)

Gamers can fish as a mini game or skill check in numerous titles. Legend of Zelda even has several titles in its series where fishing is possible, but Ocarina of Time proves to be the best of the best.

The big payout is a piece of heart, but I liked it when I caught a fish so big that the guy who runs the plays deemed it “illegal.” Screw him. I threw his hat into the pond.

Skyrim and other Bethesda titles (Lockpicking)

Skyrim started the old hair grip and screwdriver method of opening locks. Bethesda has perfected this rumble controller feedback, dexterous challenge. I know that I’d never be a great lockpicker in real life, but for a few hours, I can pretend with Skyrim, Wolfenstein: The New Order, and Fallout 3.

There are too many mini games to list here. Let us know what your favorites are in the comments and if you don’t agree with any of the games on this list, you can challenge me to lockpicking duel in Skyrim. First one to 100 wins.