I enjoy deck building games a lot. Deck builders are games with simple, identical, starter decks for each player, and players must build and customize their decks over the course of the game.

Deck builders can get convoluted fast and many of them are text heavy—we’re talking levels of text just below War and Peace. There are so many types of deck building games, so many that there are games that fall under pool building (not included here) that use dice and cubes instead of cards, that it can be overwhelming in terms of where to start.

Fortunately, your good old uncle Geekly is here to point you in the direction of less complicated deck builders to get going. 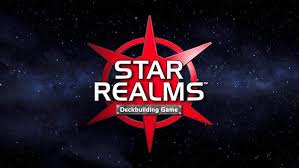 I’ve talked about Star Realms in the past—for a full review check it out here—but it’s still one of the better, beginner games for a traditional deck builder. I could’ve gone with the base Dominion game, but I like the theme better with Star Realms, even though the space theme is barely there, and Dominion fans tend to want to add as many expansions as possible. Trust me. There are more expansions for Dominion than leaves on the ground.

Star Realms is balanced. If I’d have one major gripe, it may be that Star Realms is too balanced (the cost of cards are spot on, just buy the most expensive one you can afford each turn), but key elements like buying cards from the supply by paying specific costs for each card, culling (removing weak cards from your deck), forcing another player to discard a card from a future hand, and the concept of building a full deck and drawing a new hand from said deck instead of building a hand are all present in Star Realms.

It also doesn’t hurt that Star Realms has a free to download app.

All someone would have to do to learn the basics for a deck building game is to download and play the tutorial. It doesn’t get much easier to learn than that. 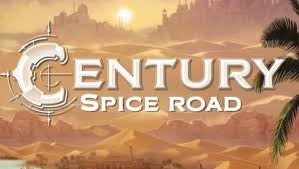 The hottest, newest game on this list may just be one of the least complicated deck building games and has the least text. Century Spice Road also has a couple of stand-alone expansions—games that can be played on their own as full games or that can be added to the original to make different combinations—so look out for Golem Edition and Eastern Wonders. Golems don’t get enough play in games. I may have to drive to the nearest adventurer’s pub and pick up a golem or two.

The base game’s theme isn’t that interesting—tabletop gamers have seen hundreds of spice trading games—but Century Spice Road not only boils down the deck builder to the point where it’s a bit of a hand builder, it adds elements like resource and space management to the genre. It also includes an interesting approach to one of my other favorite mechanisms: card drafting.

Cards in the supply are laid out from left to right, and players add action cards to their hand, starting with the card on the far left. If a player wants to skip a card in the supply, they must place a spice (or cube) on the card(s) skipped. Any player who picks up a card with a spice on it adds that spice to their supply. This simple addition adds so much strategy. Do I want to give my opponent a free spice by skipping a card? An action card I might not otherwise want may have spices I do want. Do those free spices make it worth adding the card to my hand?

All of these elements come together in a satisfying way. No wonder Century Spice Road earned the 2017 Golden Geek for best card game. Note: don’t play with real spices. That gets messy.

I had to include Paperback because it has a great combination: deck building and word game. It’s a game combination that people wouldn’t think would work, but it does. A player can be adept at one of the two game types, and not the other, and still excel.

The same concepts one can find in Star Realms can be found in Paperback. There are more variants to Paperback so replay value is increased, but it’s the combination of deck builder and word game that makes this game sing.

The theme of struggling writers getting their paperback books published—to be fair, this theme may hit closer to home than I’d like to admit—also comes through. Paperback is easily the most thematic game on this list, but it’s not for everyone. If someone is dead set against word games, this game might rub them the wrong way. If someone likes word games or is willing to give a word game a shot, Paperback is excellent.

The above games are all great if you’re just getting into tabletop games and wondering how to play deck building games. Star Realms, Century Spice Road, and Paperback have a lot of replay value too.

Know of any other great starter deck builders? Let us know in the comments.