It’s that time of year where gamers want to be spooked or maybe fight back against the things that go bump in the night. Happy Halloween, folks. Your uncle Geekly gets a little ahead of himself sometimes, but Halloween must be around the corner.

Since it’s the time for ghosts and goblins, let’s do a three lists of three for board games that use a horror, ghost, or spooky theme. Don’t worry. Uncle Geekly ain’t afraid of no ghosts.

Of the three games in this list, no one game combines exploration and investigation as well as Mansions of Madness 2nd Edition. This app-assisted Cthulhu game (you’ll see a lot more of Cthulhu on this list) can set the right mood for Halloween, but beware that Mansions takes a long time to play. Even short scenarios can take hours. Any time spent with Mansions of Madness is time well spent.

There are plenty of other, shorter games on this list. Mansions of Madness is the main course.

Betrayal at House on the Hill

My family and I play Betrayal at House on the Hill at least once every Halloween. It has a nice blend of horror and suspense genres in its various scenarios. The game can get unbalanced at times, but exploring the house is a lot of fun and perfect for a little spook time.

The Widow’s Walk expansion isn’t necessary, but some famous game designers like Christopher Badell (Sentinels of the Multiverse), Rob Daviau (grand master of all Legacy games), and Jonathan Gilmour (Dead of Winter) chip in with some new haunts. Betrayal at Baldur’s Gate is a standalone Dungeon and Dragons variant to the classic Betrayal, so if D&D is more your thing, it does a great job of combining the two genres. 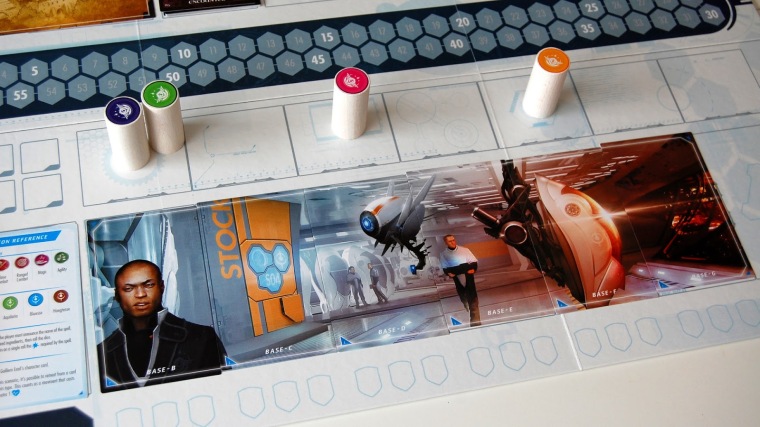 This one’s a little of a cheat. T.I.M.E. Stories isn’t necessarily a horror game, but it does exploration and investigation better than most games on this list, and the first scenario occurs in an asylum, so that gets a little spooky.

If you’re not familiar with T.I.M.E. Stories, think of it as a mash up of Assassin’s Creed and Quantum Leap. Players get sent a specific time/space by a secret organization and they have finite time to fix something or right a wrong. This setup allows for a lot of various themes and that makes T.I.M.E. Stories more diverse than many other games on this list.

Bust Some Ghosts or Goblins or Zombies Games

The goal of a most Dead of Winter scenarios may not revolve around busting zombies, but zombies will be busted along the way. To be fair, the zombies have an easy time overrunning the players, so players don’t usually feel that empowered, but when they do, it’s a great feeling.

Characterization and a good story—thanks to the Crossroads game system—do a lot to separate Dead of Winter from a lot of other horror or spooky games. It’s worth the play, especially if it’s cold outside. 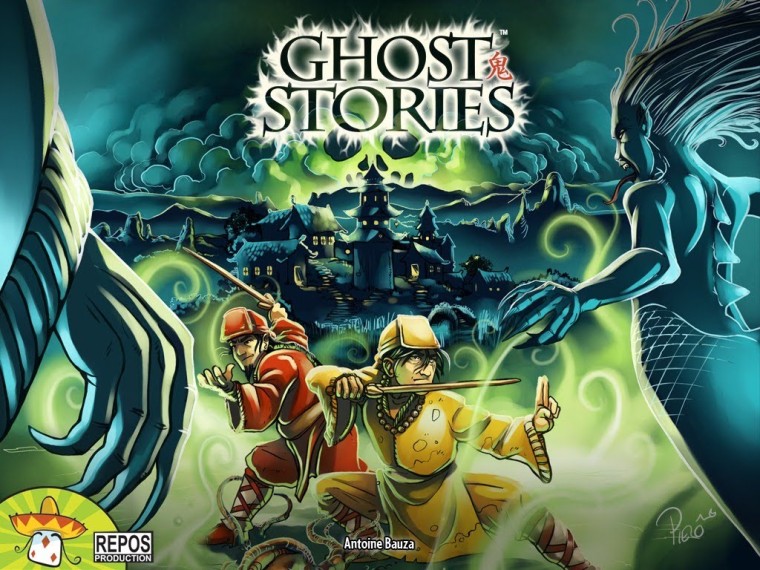 Plenty of gamers get frustrated with Ghost Stories. It’s easily the most difficult game on any of these lists—in terms of how brutal it is to the players—and what’s worse is that players are typically lulled into a false sense of security. But Ghost Stories is one of the best ghost themed games on the market.

It almost works like a tower defense game with nightmare fuel bombarding the players each turn. The players assume the roles of Kung-Fu masters. It’s the power these masters possess that gives players that false sense of security I mentioned earlier, but the variable powers work well in this title. I’m glad Ghost Stories is back in print. Just in time for Halloween.

Sometimes you just want to chuck some dice. There will be other dice games in the third list, but those dice games are quick and don’t offer much in the way of brain burning. Elder Sign combines dice rolling with high strategy.

As the name implies, Elder Sign is another Cthulhu title—I may have to come up with a third one of these for the last list, so I’ll have one Cthulhu game in each list—but Elder Sign feels like the players are going head-to-head against an elder god more than most other games of its type. That’s why it’s on our “Bust some ghosts or goblins or zombies” list. I like to kick Cthulhu’s butt, but to be fair, he usually kicks mine.

I’ve talked about Zombie Dice before, but it’s a great, quick game where players push their luck as zombies trying to eat brains. Mmm…brains.

Zombie Dice also has a small footprint—it doesn’t take up much space on the table—so you could play it while going Trick or Treating. But not in the street. Never play dice games in the middle of the street. 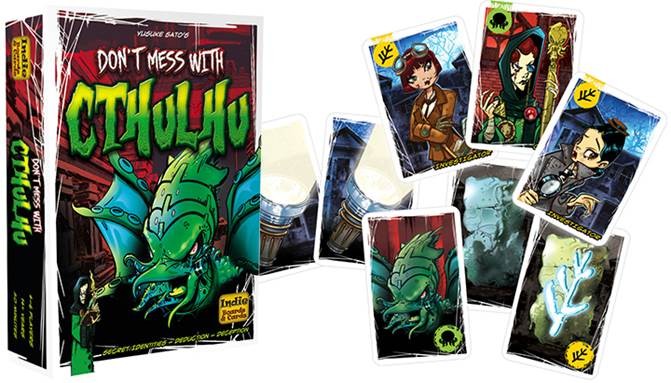 Luck plays a huge factor in this game, but it’s so silly and fast that you won’t mind. When Don’t Mess with Cthulhu hits the table, my family rarely plays just one game. 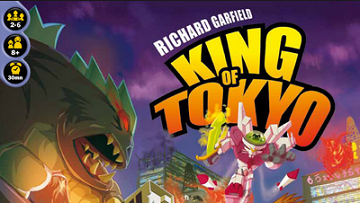 I had to go a little off-topic again with King of Tokyo. Players control large monsters or kaiju. The gameplay resembles Yahtzee if Yahtzee had a King of the Hill aspect added to it—hence the title King of Tokyo. Sure, the game includes player elimination, but at fifteen to twenty minutes a game, one doesn’t have to wait long before exacting their revenge.

King of Tokyo is another fun party game that’s hard to play just one game of.

There are so many Halloween ready tabletop games I could’ve included. What are some of yours? Are there any categories your uncle Geekly left out of these three lists of three? I won’t answer the loud knock on my door, but you could let me know in comments.