Good old uncle Geekly likes to put little pawns to work with worker placement games. These games tend to get strategic as players place their pawns on spaces to claim an action during a turn and prevent other players from taking that action for a turn. That’s where the fun of most worker placement games derives. The tension of not wanting someone to take the action you need can get intense, and the ability to choose something you need before someone can block you is a great feeling.

But worker placement games can get nasty as some folks will take actions to keep someone else from taking them, not because they need to take them. These games can get convoluted too when more elements are added.

Caylus may be the first game to use worker placement, but Stone Age is by far, more approachable. Players control cave people who are trying to build a rudimentary village in three phases. During the first phase, player’s pawns (or workers) are sent out to various areas to collect stone or wood or make new workers in the local hut. Brown chicken, brown cow.

The second phase has players roll dice equal to the number of workers they placed in areas to see how many of that resource they collected. The more workers in the area, the more dice a player gets to roll. In the third phase, players must have enough food to feed their population or they lose resources or points. Gamers will find feeding workers as a common thread in worker placement games. These designers must be hungry when they’re making these games.

Stone Age does a good job of introducing new gamers to a lot of the core concepts of worker placement—even the use of dice, because dice placement is a thing that we’ll see real soon. The theme is easy to get into and the mechanisms make sense for what the players are doing in the game. I don’t know how many games have me go to a quarry to make bread. Really? How many bread-making quarries do you know? 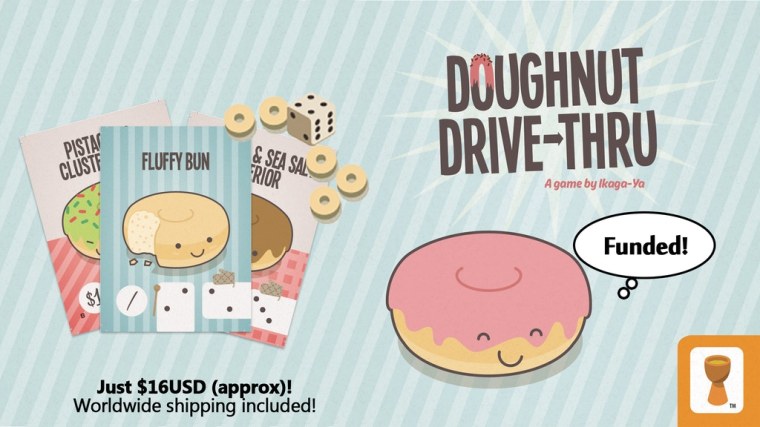 Stone Age may be obsessed with feeding people, but Doughnut Drive-Thru has food as its theme. Yeah, give me a Coated Baby. That’s a glazed doughnut, sicko.

On their turn, players are trying to learn new doughnut recipes, preparing a donut, or serving a donut. To take any of these actions a player places one of two wooden doughnut pieces they begin the game with on one of these actions. The trick is to time when you want to take these actions because when an action has no further spaces with which to place a wooden doughnut, players can’t take that action. You’re left with the choice of taking a different one of the two actions or taking all the wooden doughnuts—or taking enough doughnuts so their total doughnuts equal two—and waiting until next turn to take the action they want.

Doughnut Drive-Thru is fast-paced. Very fast-paced. It may even be the better game to begin with for a simple worker placement game. But it is a bit of a cheat. Don’t worry. Uncle Geekly eats plenty of doughnuts on his cheat day.

Ah. This is another more recent game. I like Friedemann Friese’s style and not just his love of green and his wanting to use the letter F in as many game titles as he can. Fable Fruit keeps things light and simple but also adds legacy and dual-purpose cards to the genre. Players only have one worker in Fabled Fruit, an animeeple (a wooden animal pawn) to place on a group of six action cards. These action cards serve two purposes—they’re dual-purpose after all—and players either complete the juice action located on the bottom of the card (by turning in the fruit required, pictured) or they can claim the action on the top of the card like “draw two fruit.”

Man, what is with all the food in worker placement games?

Players go through a deck of 60 or so unique action cards (four of each action) and as soon as an action card is claimed in any game, it’s taken out of the deck. You’ll have to play the game a second time to ever see that card again and that’s where the legacy aspect comes into play. Prior games affect what happens in future games. Don’t use the “draw two fruit” action as a juice card too many times, or you won’t be able to draw two fruit again.

Fabled Fruit is clever and adds a splash of other popular game types and mechanisms, but also happens to be the easiest game on this list to learn. In short, it’s a tasty blend.

It’s difficult to come up with easy to learn worker placement games with depth. I had to go with slightly more complicated games than usual, but they still have some wide appeal. Stone Age, Doughnut Drive-Thru, and Fable Fruit explore different aspects of worker placement. I just wished they didn’t focus on food so much.

Know of any other great beginner worker placement games? Hold a rally and tell it to the workers, or you could let us know in the comments.