Sorry I’m late with this week’s post. My head was in the clouds and as a result, we’re headed to the stars with this week’s Geekly Free Video Game Summer. Let’s get to some games that are out of this world.

I have to admit that I spent more time with Star Wars: Galaxy of Heroes than I did with the other games on this week’s list—I’m a bit of a Star Wars geek. There’s also a lot going on in this game.

Players accrue two forms of energy and countless forms of in-game currency. If you’ve read our “6 Things to be careful of in free-to-play games” (here’s a link in case you missed it), you’ll know that more than three currency types in a free-to-play game denotes a cash grab. Star Wars: Galaxy of Heroes is a cash grab, but it’s enjoyable none-the-less.

Intellectual properties owned by Disney have a history of fun, free-to-play, cash cow video games—I’m looking at you Marvel: Contest of Champions—and that’s not a bad thing, so long as you know what the game is tempting you to do. Star Wars: Galaxy of Heroes’ main campaigns—yes, there’s more than one—are scaled, with regard to difficulty, in a satisfying way. I could see some players getting frustrated and buying boosts to shave time off of developing their characters for the main quest lines, but the Galaxy of Heroes’ main source of frustration rests with the Galaxy War and Battle Arena game modes.

Both the Galaxy War and Battle Arena are player versus player game modes. It makes sense that PvP game modes would be more difficult than most of the other game modes, but the Battle Arena is where Galaxy of Heroes separates the players who pay for boosts from the ones who don’t. I’m sure you could earn enough experience to do well in the Battle Arena and it’s not vital that you place in the top 50 players, but it helps if you place high in these game modes and it’s obvious that you won’t unless you spend real world dollars. Don’t worry. There are other ways to develop your characters and get stronger. If you resign yourself to the fact that you won’t be a world beater in the Battle Arena, you’ll find that finishing in the top 1000 isn’t bad for power ups.

Did I mention that this game has a mountain of game modes? Well, it does. I’m almost level 50 and I still haven’t unlocked all this game has to offer. There might be too much going on for my liking but Galaxy of Heroes eases players into new game modes, so learning any new game modes is easy enough, and the inclusion of extra game modes serves to bridge the divide of paying and non-paying customers to some extent.

The last game mode I’ll mention is guilds. Guilds are popular in free-to-play games and I should probably write an article on what makes a good guild or guild mode at some point, but let’s stick with Galaxy of Heroes for the moment. Star Wars: Galaxy of Heroes doesn’t have the worst guild set-up, but I wouldn’t mind a little more feedback for guild activities and there’s something cheap with the guild gold introduced when you join a guild.

For the most part participation in your guild doesn’t feel any different from playing on your own. There are raids that you can assist with—if one of your guild leaders starts a raid—but the chief way to contribute to your guild is to perform menial tasks like using energy fighting in Cantina Fights. Well, if you log in during the day, you’re going to use energy fighting in Cantina Fights whether you’re in a guild or not. Sure, a daily task for your guild might dictate which game mode you’ll play more of that day, but I prefer guild modes in other games that make guilds use the same currency players use for their own progression. It makes for fewer forms of in-game currency and guild members talk more about how they’ll contribute credits toward group goals; they have to balance personal and group success.

Despite a few flaws, Star Wars: Galaxy of Heroes is fun and I recommend it. Just be mindful of how the game is trying to coax players into spending real world money. It’s okay if you want to spend real money on a free-to-play game, just be careful. You could spend a heap of money on in-game purchases.

Star Trek: Timelines is disappointing. It could easily be the one game that’s head and shoulders above the rest on this list, but crashes and load times make it difficult to navigate.

Perhaps you’ll have better luck than me—I’m playing Star Trek: Timelines on iOS—but I have to wait at least thirty seconds any time I want to load a new area, the game logs me out at pivotal moments, and often the game doesn’t save my progress and I have to retrace my steps. Technical difficulties aside, Star Trek: Timelines is a deep and engaging game that most Star Trek fans will enjoy.

All of the Star Trek iterations jumble to form a timeline mess, and you are in charge of various Star Trek crew members who have the skills to correct the timeline. Unlike several free-to-play games I’ve played this summer, Star Trek: Timelines has a story and that story’s pretty engaging. From what I was able to play, it felt as if my choices mattered. One of the first battles you’ll encounter is with the Klingon Federation. At one point you can help Worf’s son Alexander, but there are multiple ways you can choose to help. I’ve not seen this in too many free-to-play games, and it irks me that Timelines kept crashing. Timelines also employs John de Lancie to reprise his role as Q from The Next Generation and that’s exciting. Oh, man. I wish I could’ve played more of this game.

I hope Star Trek: Timelines gets an update that will stabilize the game on iOS. It’s a great free-to-play game that’s marred by technical difficulties. 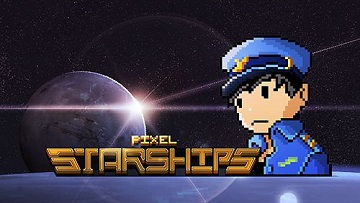 Pixel Starships takes the concept of Star Trek and applies cute, pixelated characters and starships. It’s a neat game with a large community—you’ll find a guild or two or fifteen you join and pal around with—but like Star Trek: Timelines and even Star Wars: Galaxy of Heroes above it on this list, Pixel Starships suffers from technical difficulties, and it proves difficult to succeed without spending real world money.

You’ll have to spend time—lots and lots of time—to upgrade rooms on your ship so you’ll have the means with which to raid other starships, or you could spend cash to speed up the process. Pixel Starships starts off well enough but the wait times mount fast. Not only do you wait for upgrades, you have to wait to battle CPU opponents. You could also launch a player versus player match, but you end up with the same issue as Star Wars: Galaxy of Heroes: players who pay win more often than players who don’t. Unlike Galaxy of Heroes, there aren’t too many ways to bridge this gap.

If that wasn’t bad enough, I had issues upgrading my starship. I’d click a room to upgrade in my ship, the computer would take my resources, and then the game wouldn’t apply the upgrades. Pixel Starship experiences rolling game crashes. They don’t happen all the time but they do happen in bunches.

Pixel Starships doesn’t stack up to the other games on this list as well as I would like. The divide between paying and non-paying gamers is too great, and technical difficulties slow down an otherwise good concept. The crew and ship are customizable and the game has character. I can see how gamers could enjoy this game. If exploring the galaxy in a cute pixelated starship appeals to you, Pixel Starships has depth of play. For me, Pixel Starships gets a half-hearted endorsement.

That’s another week of free-to-play games. I hope you enjoyed it, and until next we meet, thanks for reading.