No. It’s not Anime Season (our resident anime geek). Uncle Geekly’s back with another anime 3 Lists of 3. If you didn’t catch Take 1, this series hopes to provide a starting place for people new to anime. It differs from our typical For Starters series because I won’t go into too much detail with each series—for the most part—and it’ll act more like if you like this genre or subgenre, you may like this title.

Truth time. I’m breaking that mold with the group of lists this week. Uncle Geekly will focus on some of the more popular anime subgenres that aren’t as prevalent in the West. With that said it’s time for 3 Lists of 3 Anime: Take Two.

I won’t go into too much detail with how to spot a psychological anime because Arthifis of Anime Shelter does a great job of breaking down the genre with his writeup. For those of you who want to take a deeper dive into what makes an anime psychological you can check out Arthifis’s article. To save time, I’ll skip to a paraphrased bullet point definition that Arthifis unearths:

2) The anime includes mind games, meaning that the characters win by lying or manipulating others.

3) It focuses on psychological illness.

4) It messes with your psyche by showing the viewer a perspective that greatly differs from the norm.

Few of the following anime use all these four points, but they’ll use at least a couple. Here we go. 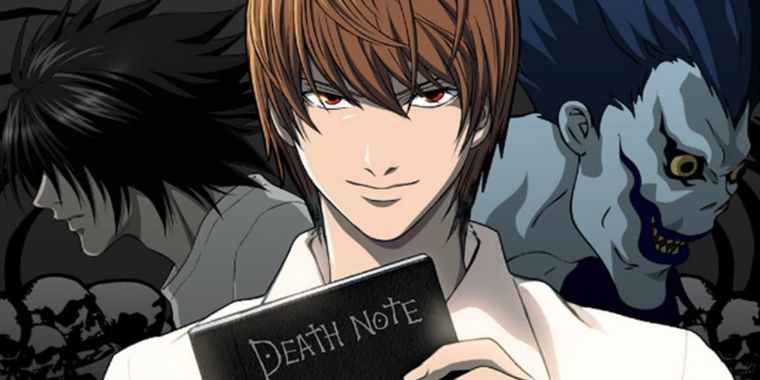 The characters of Death Note play mind games. Lots and lots of mind games. A death note, a notebook that allows its owner to kill someone they think of by writing their name in the book while thinking of their face, drops in the lap of precocious high school student Light Yagami. Like most people who receive a gift like this, Light brands himself the god Kira and starts killing criminals worldwide. An enigmatic and equally intelligent detective known as L hunts Kira and so begins the chess match.

There’s a lot to unpack with Death Note. It’s one part murder mystery (in the vein of Columbo because the viewer knows who the killer is, it’s just a matter of how and if they’ll be caught), cosmic fantasy, and philosophical—as well as psychological—thriller. Kira or Light wants to be a bastion of justice and decency, but he has flawed judgement. At one point, L questions Kira’s logic: if all the world’s criminals disappear, then the only murderer left in the world is Kira.

So many moral questions are posed with Death Note, no wonder it’s one of the most popular psychological anime. 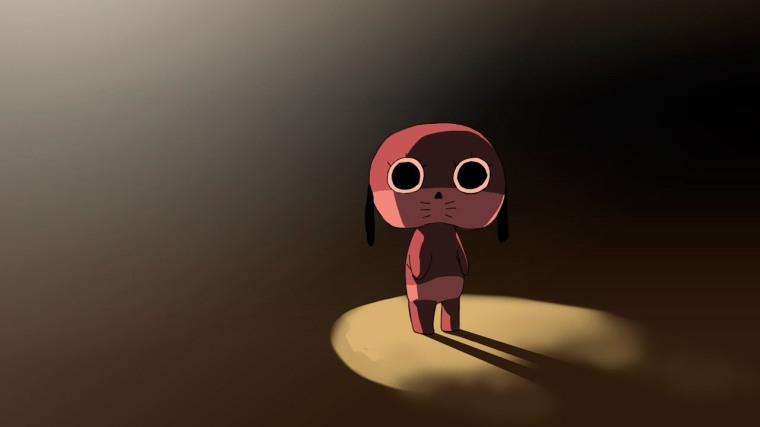 I went back and forth between two Satoshi Kon titles with this second pick: Paprika and Paranoia Agent. Kon was the grand master of psychological anime and it’s shame we lost him so young. One could pick any number of Kon’s work, but I went with Paranoia Agent because it’s not as familiar to the western world—and it happens to be excellent.

Paranoia Agent centers on a serial killer—or serial baseball bat basher—little slugger and how he terrorizes the town. Well. That’s Paranoia Agent’s hook. The story goes on and off the rails from there, forcing citizens to face their inner demons. I don’t want to say too much, but there’s plenty of trauma and psychological stress/tension in Paranoia Agent and it deserves a little more love. 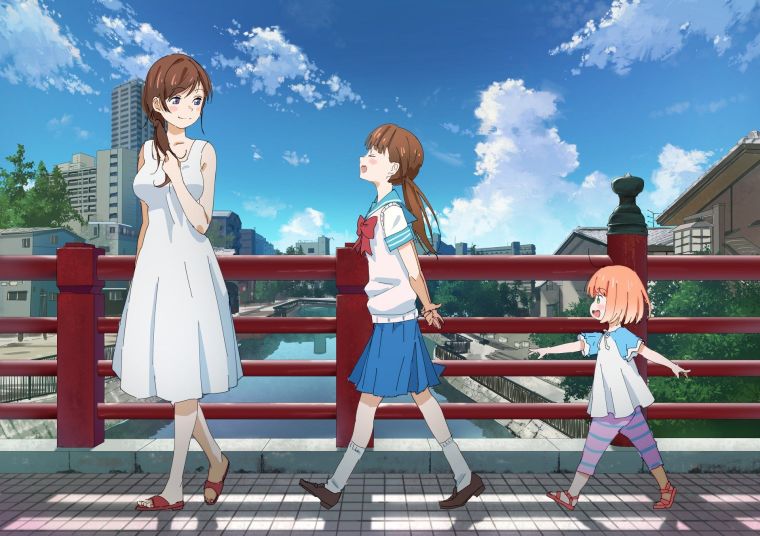 Some don’t like March Comes in Like a Lion because it may not have as much of a story as they would like, but that’s due—in part—to the fact that it’s character-driven. The series follows the everyday life of a 17-year-old Shogi player Rei who lives by himself after his parents and sister die in an accident.

Rei shuts himself off from his foster family and doesn’t have many friends. His only interactions—at first—are out of obligation. March Comes in Like a Lion deals with psychological trauma, loss, and mental illness in a way few other anime attempt.

Isekai loosely translates to stranger in a strange land and like the Robert Heinlein novel of that name (Stranger in a Strange Land), main characters in Isekai are foreigners in a strange land. Sometimes the characters are humans exploring new worlds, but it can be flipped with a fantasy character thrust in the mundane modern world. This may seem like a niche genre but for anime, it’s more prevalent. 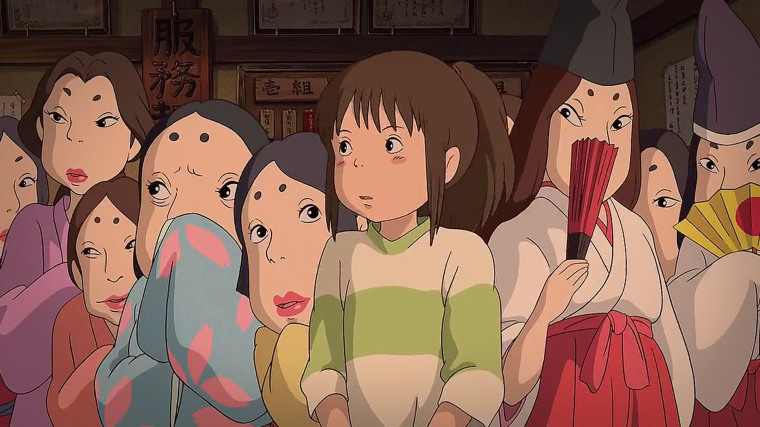 I had to include this one. To date, Spirited Away is the only anime to receive an Academy Award and it happens to be an Isekai. Ten-year-old Chihiro Ogino (later renamed Sen) is trapped in the spirit world, and the spirit world is nothing like our own—to put it mildly. Sen faces discrimination because she’s still alive and not a spirit. She gets lost in this world, but ultimately finds her place in it.

Spirited Away is anime that must be experienced. I could break down each moment, of which there are several classic one, but the journey makes this bildungsroman (coming-of-age story) work. 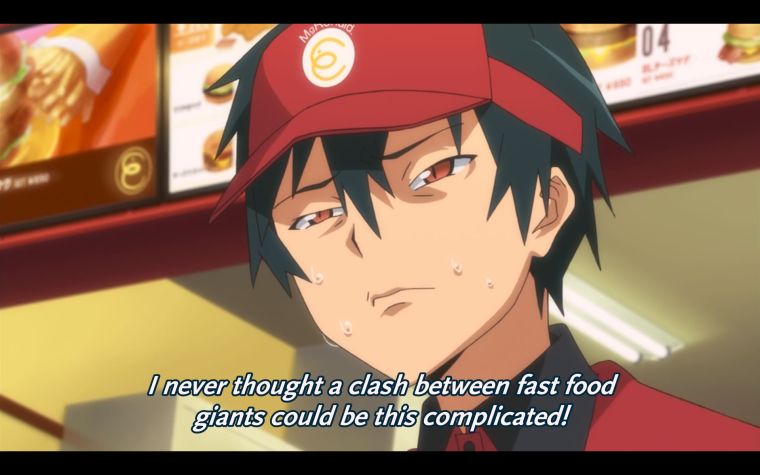 The Devil is a Part-Timer 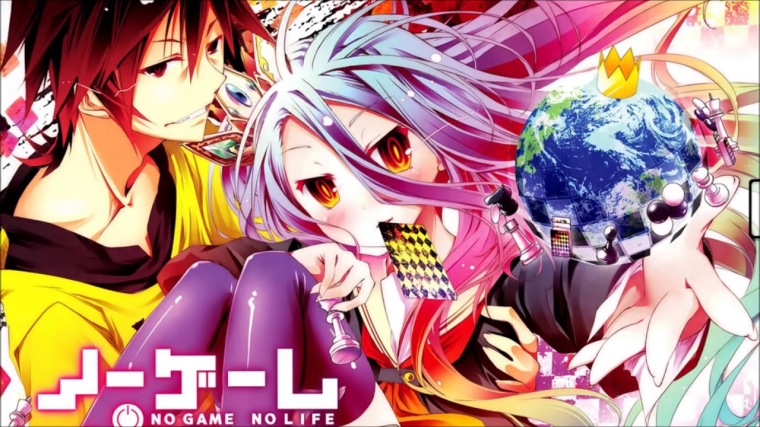 No Game No Life

No Game No Life could qualify for the next list of anime too (Game), but I included here because sending famous online gamers to a world in which all they do is play gambling games is more of an Isekai concept. Sora and Shiro are two of the best gamers in the world and when a god from another reality Tet challenges them to a game of Chess and they win, they’re sent to a reality known as Disboard.

No Game No Life is another strange entry, but it wouldn’t be a stranger in a strange land without a little strange.

Yep. I had to include the game anime genre because I’m the tabletop game geek of the group, but game anime are really common as well. Game anime involve a game being played. We’re talking board game, video game, or the most dangerous game. Not joking about that last one. Anything that sends the main characters into a game or follows characters who happen to be a part of a game fits this genre. Let’s get our game on. 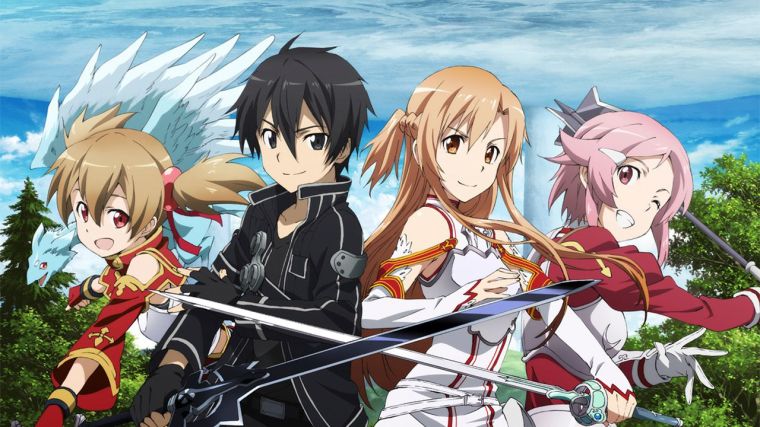 I’m not the biggest Sword Art Online fan. The premise is okay, virtual reality video game players are stuck in their favorite online game and must win back their freedom, but the story is uneven (the story should’ve started later in the series—around episode nine or ten). Still, Sword Art Online ushered in a wave of game anime.

Sword Art Online instituted a lot of the tropes viewers will see in other game anime, so it’s a great place to start for the genre. 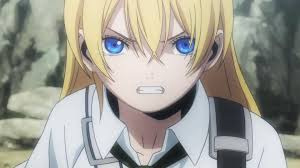 If you like Sword Art Online, you may like Btooom!. This time players of a violent video game (one in which players bomb other players) are put on a deserted island where they play the game in real life.

Btooom! explores the difference between video game violence and real-world violence. It asks if video games beget real-world violence. Either that or it’s a blast. Main character Ryota Sakamoto doesn’t want to hurt anyone and wonders why someone would want to make a live-action Btooom! game. Btooom! traverses Truman Show waters to show that all is not what it seems.

Is It Wrong to Try to Pick Up Girls in a Dungeon?

This list has gotten too serious. Let’s go with a series that features a tabletop RPG (like Dungeons and Dragons). Is It Wrong to Try to Pick Up Girls in a Dungeon? Features self-aware RPG characters. Not only do these characters know they’re in an RPG, they know what they’re stats are; their stats are tattooed on their backs. So, it’s not uncommon to see someone read another person’s back to see if they can pull off a feat before asking them to do it.

Can you leap that gorge? No, your dexterity isn’t high enough. Is It Wrong to Try to Pick Up Girls in a Dungeon? may be the least reverent of titles in any of these lists and that’s saying something. I included The Devil is a Part-Timer. Yikes!

I hope there are plenty of anime in these lists for you try out. I’m sure Uncle Geekly got something wrong. Please direct all complaints to Anime Season; she reads the comments—I think.