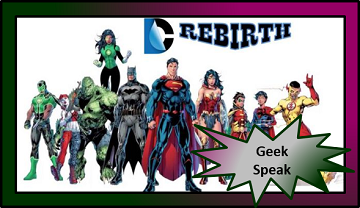 I haven’t covered comics in quite some time. It isn’t that I haven’t stopped reading them, though I did fall a bit behind. The reason is that lately I feel like I’ve been just hanging in there while Marvel and DC struggle to get their respective acts together. Batman was a robo-bunny. Superman was depowered, but somehow looked more like a gym-rat than ever. Captain America was de-powered and replaced by Sam Wilson—who Marvel thinks they’re bolstering by putting him in a different suit. In short, there just wasn’t a lot to enjoy about my old standards. Daredevil and Amazing Spider-man have been good, and DC’s Rebirth started off far stronger than I expected, so I’m hopeful again and dipping my toe back into the waters of comics coverage.

It’s not all good. Not by a long shot. By now, you’ve probably heard about what Marvel is trying to pass off as Captain America, or at least as Steve Rogers. If you haven’t, I’ll catch you up quickly. In Steve Rogers’ version of Cap (a mantle he’s now sharing with Sam Wilson), we learn he’s been a Hydra deep-cover agent from day one. This is comics, and no part of me thinks that’s going to stick, but I don’t care. It never should have been allowed. It’s a pathetic bait-and-switch on a fanbase that has been waiting to see Steve come back, and it’s a perfect example of what I call the worst form of hack writing.

When you write fiction, the hardest part of it is creating a character readers will care about, that they’ll invest in. When you write an iconic character, like Captain America, that job is done for you, but there’s a tradeoff. The tradeoff is knowing you have to give the audience what they came for. They picked up the book because they want to read about the character they know and love, and you can’t betray that. Marvel has. I’m sure by the end of the arc, we’ll learn things aren’t quite as they appear, but that doesn’t help either way. If it turns out Cap isn’t a traitor, then this issue is a cheap bit of misdirection, lazy at its best, and if it turns out he is a traitor, they’ve desecrated a character that means a lot to a great number of people. Maybe I’m piling on at this point, but it seems particularly egregious that they’d put this issue out the week of Memorial Day. Let’s celebrate 75 years of Captain America by crapping all over it.

On DC’s side of things, Rebirth is starting stronger than I’d have dared to hope. Normally, when they get into multiverse-shaping events, or pretty much any time The Anti-Monitor is brought into the story, I lose interest. The story gets too convoluted, but between Justice League #50 and Rebirth I’m on board. Superman isn’t dead. Nobody really thinks that, and they’re wise to not push that story so hard. Of course, the real treat for fans is the return of a character not really seen (at least as we know them) in The New 52. I’ll try not to spoil it for anyone who doesn’t know yet, but suffice it to say DC is bringing back some of what was lost before the reboot. For fans, the emotional appeal will hit hard, and it will be satisfying. I think what I find most promising about DC’s latest move is that between “Gotham” and the new members of The Green Lanterns, they’ve adopted a policy of adding without replacing.

I’ve been hard on Marvel, and I’m not sorry. In the interest of fairness, this type of deviation from tradition is exactly the type of thing I’ve flamed DC for in the past. I’ll also add that it’s not all bad for Marvel. Daredevil and Spidey are still solid titles, with Spidey giving us a reasonably satisfying conclusion to the Zodiac arc and getting ready for the next leg of the story. There are things to like about titles on both sides, and reasons to be optimistic for the future. No time like the present to pick up comics coverage at JKGeekly.