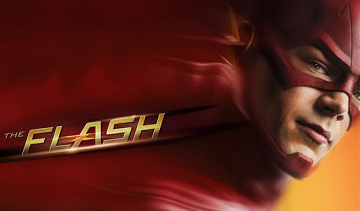 This week’s Flash wasn’t quite the return to form I was hoping for. The villain of the week had a lot of potential, but unfortunately, their decision to make everyone so slow-witted this episode drained the potential tension from the shape-shifting enemy angle.

Iris was given a reason to back off her pouty routine, but the damage is done there. It was a little weird having her and Laurel on screen in the same episode, and realizing Laurel has competition for most obnoxious female character.

The biggest nuisance of the week–by far–having a bunch of supposed geniuses know that a shape-shifting metahuman is on the loose, seeing familiar faces acting abnormally, then not making the connection until it was too late. It was just more laziness on the part of the writers’ room.

Speaking of laziness, we had more than a slight dose of sloppy, expositional dialogue this week. Detectives West and Lance having their heart-to-heart felt out of character for each of them, and sort of a desperate attempt to remind us of the current subplot in Arrow.

The show was spared by its ending. The shape-shifter story was a clumsy attempt at a parallel story line, but it helped move Harrison Wells’ story forward, and that’s been overdue. Seeing Barry, Caitlin and Cisco at the end made this a worthwhile episode.

The show still needs to find its footing again, but the build toward the home-stretch of the season looks promising.

I want to disagree with most of Jim’s review but I can’t.

The Flash has never done as good of a job of building a parallel story line as past seasons of the Arrow, so it’s not surprising that the shape-shifter story didn’t sync with the Wells arc. This is where recurring villains could help. I’m not saying that The Flash must have nothing but ongoing arcs but if some of their villains (besides Wells and Captain Cold) showed up three to five times in a season, it’d make a more compelling story. The Pied Piper would’ve played off the gang’s misgivings about Wells better in this episode (as would his sonic tech, since Cisco uses similar tech for Black Canary).

Speaking of Laurel, I’m not sure the writers of The Flash/Arrow can write a good female character and it gets worse when the female in question doesn’t have powers or training. Does anyone else remember the Huntress or Sarah’s bevy of hambone lines like “Pain and I came to an understanding a long time ago?” Ugh.

Iris may or may not be likeable but her one outburst doesn’t compare with years of poor Laurel writing. Laurel slept with Ollie after he cheated on her with her sister and she blamed him for her sister’s death. Who does that? For two seasons, Laurel and Sarah played Ollie like a game of pinball: they were the flippers, slapping Ollie’s ball. That’s so wretched that it’s sub-Kardashian.

I also don’t buy the father-to-father talk for West and Lance – that exchange felt like an out-of-body experience for the two characters – and I’m concerned about the ending. Yes, it was cool from a fanboy stance, but after the gloss wore off, I was left scratching my head.

I’m not digging how Team Arrow imploded and their writers’ clumsiness of a partial series reboot, and I can see The Flash getting to that point faster than Arrow. I agree that the gang has to discover that Wells is Reverse-Flash – or else they’re stupid and Barry’s flash to the past doesn’t make as much sense – but they aren’t as strong of a team as Team Arrow. What happens now? Wells funds their team. He owns their headquarters. Is this happening so fast that the continuance of Barry’s heroic exploits at this level are far-fetched if they confront Wells? I fear that The Flash may use time-travel as a story-saving panacea in the manner that Arrow looks poised to use people coming back from the dead.

An interesting episode that doesn’t balance two parallel storylines, but the ending will generate buzz and that’s what an effective ending does.

Not enough Flash for you? Speed off to our Flash secrets page.