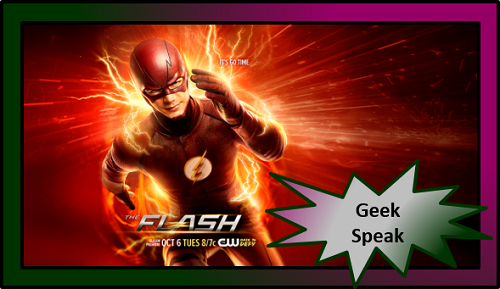 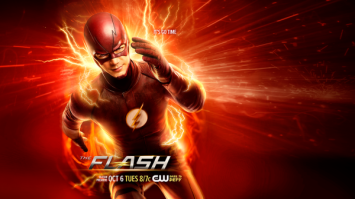 This was a great showing for The Flash. I was surprised by how well the story lines were balanced for this episode, and that balance served to blend two extremes in the tone. When the shift came at the end, it was jolting, but deliberately so, and all the more effective.

The expedition to Earth-2 was more satisfying than I expected it to be. There may have been a bit too much exposition. Being spoon-fed everyone’s backstory and how they ended up living different lives than their Earth-1 counterparts came off as clumsy. Actually, it was handled as a series of information dumps, but it gave us some legitimately fun moments, and so those info dumps were easy enough to forgive.

Back on Earth-1, Caitlin made some progress in developing a cure for Jay, and possibly at restoring his speed. I still hope we don’t see them romantically linked, because I’d like to take the show’s timeline seriously, and I can’t accept Caitlin getting over the second loss of Ronnie so soon. I like Caitlin and Jay platonically linked, but this is The CW, so good luck with that.

Cisco also got some long-overdue character development this week. Having him run across his (albeit evil) Earth-2 doppelganger was a great way for him to uncover the potential for his power, and it kept me from feeling like his trip through the breach was a waste.

I’m sure I missed some Easter Egg or allusion with Wally’s appearance this week. It was brief, and I’ve tired of the West family subplot, so I wasn’t looking too closely.

The end of the episode turned dark, and since I’ve been hankering for more of the showdown with Zoom, I welcomed it. Maybe the lighter, fun tone of the earlier episode mixed with the dark appearance of Zoom reminded me of the holiday episode that was so successful, but I’d say the show hit a note I’ve been hoping it would for some time.

“Welcome to Earth-2” is easily the best Flash episode this season, so far, but it’s also one of the best episodes in the entire series. Jim hit on a lot of what made this such a compelling episode. Some characters got to shine bright for the first time ever—here’s looking at you, Cisco—and the moments created with Earth-2’s doppelgangers were genuinely fun, despite having to go through an information dump to get some of them. I also liked how the episode blended two distinct tones. It was jolting but welcome.

The best moment was one of the quieter ones and it didn’t need a heap of exposition. In fact, all it took was a simple off-the-cuff remark from Iris. Your mom called, Barry. You should probably call her back. The conversation that followed was nothing but small talk, so it wasn’t what was said but the fact that Earth-Prime’s Barry hasn’t seen his mother since she was murdered when he was eleven. He struggled to keep himself together, and the acting was some of Gustin’s best on the show. There was even a moment when he glances in a different direction, presumably a door, and he contemplated running to her. “Welcome to Earth-2” may or may not be the best Flash episode but Barry talking with his mother was the series’ best moment.

I agree with Jim about Jay and Caitlin, they’re most likely going to become an item because the CW can’t help themselves, but the bigger news on the relationship front could be Iris and Barry. Earth-Prime’s Iris and Barry are unattached for the first time and now Earth-Prime’s Barry has tasted what it’s like to be married to Iris. He either has to be thinking about her that way now or he will soon enough.

There isn’t much more to say, so I’ll go into something that ignited after “Welcome to Earth-2”: Zoom’s identity. It’s all conjecture at this point. I don’t have any inside information, but here’s how things stand.

Going into this week, two characters led the pack as potential Zoom candidates with two more as dark horses. This week eliminated the two dark horses. Earth-2 Barry Allen and Joe West can’t be Zoom. But that leaves the two frontrunners and those two characters have been hinted as Zoom through two different means. One of them has to be the real Zoom, while the other’s a red herring.

Flash has used dialogue to set up Henry Allen as Zoom. Henry left Central City in the season opener and said he didn’t know where he was going but he thought he’d go fishing. When Barry first met Zoom, the big bad speedster turned the tables on Barry (and his trap) and said he liked to use bait when he fished. Henry would make a great Zoom. Barry could barely lift a finger against Caitlin/Killer Frost. Imagine how difficult it would be for him to stop his father.

The other way Flash has set up a potential Zoom has been through repeat imagery. Every speedster from Earth-2 has injected themselves with something to augment their speed: Jay (Flash) Garrick uses Velocity-Seven and Zoom steals other folks’ Speed Force. So it stands to reason that Zoom’s Earth-Prime counterpart would inject himself with speed somehow. The only one who does that is Wally West. Whenever Wally drag races he injects his car with turbo, in order to push past his opponents, and Flash has made it a point to show us Wally pressing the button. Wally makes sense as Zoom because the West family drama would serve a purpose.

Ultimately, I don’t know Zoom’s identity, but while I wouldn’t be surprised to see Henry as Zoom, his claim to the role has to do with fish. The Flash loves its puns and word play, and red herring is a type of fish.

There may be more potential Zooms out there. Let the debate begin and feel free to comment.

Getting back to the review aspect of my thoughts, “Welcome to Earth-2” was the brightest spot of this season. I hope Flash continues to hit on the harmonious notes it found this week.

Want more Flash? Zoom to our Flash secrets page. Thanks for reading.