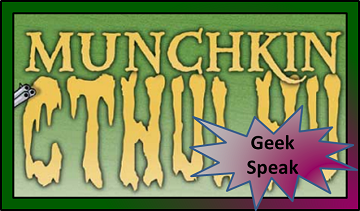 Review:
The twist Munchkin: Cthulhu makes with the Munchkin franchise is a refreshing one. There’s a reason it has the most expansions of any Munchkin spin-off. It does the rare thing of improving on the original.

Munchkin: Cthulhu adds madness cards to the mix, and these cards act as double-edged swords. Kleptomania forces a player to attempt to steal another player’s item at the beginning of their turn, and if you fail to steal an item, you suffer the consequences. Other madnesses alter the gameplay in humorous and intriguing ways, but Munchkin: Cthulhu throws in a lot more odd game mechanics.

Even the classes get a facelift with the cultist. You could be trying to convert everyone or get bonuses for the number of characters who are cultists. There’s just enough weird to Munchkin: Cthulhu that it shines on a crazy diamond.

Verdict: A bizarre and delightful entry for the Munchkin family.