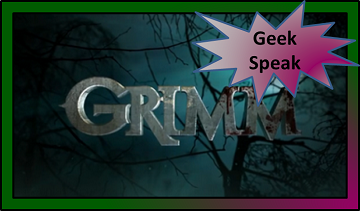 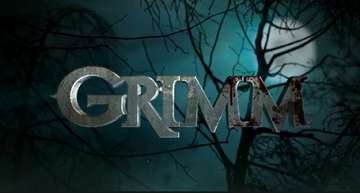 After last week’s “Octopus Head,” I thought that Nick would see his loss of Grimm powers as a bane not a blessing given what happened at the end of the episode: Trubel gets kidnapped by an unknown group of Wesen.

We find out that there is indeed a third major Wesen faction—perhaps—or it could be another set of royals looking for a pet Grimm. These Wesen want Trubel on their side, and it looks like she’s ready to play ball, since they threatened Nick. Nick on the other hand does find that his lack of Grimm duties puts him, Hank, Trubel, and Juliette in danger even if Juliette doesn’t see it that way. It looks like the rest of the Grimm crew shares the same sentiment as multiple groups—Monroe and Rosalee, and Renard and his mother—team up to find a cure for Nick’s ailment. And watching Nick deal with his loss of Grimm powers was a strong point.

He knows Wesen are real and has encountered his fair share of them, too, so when he sees a boxer taking out his frustration on a dumpster and the dumpster takes a series of dents, he knows something’s not right. It’s the not knowing for sure that kills him. I love that aspect of this season and didn’t know if I would or not.

After a shaky start, the latest episode of Grimm “Last Fight” shows what made the series so entertaining the first couple of seasons. Trubel infiltrates a boxing gym where a strange death occurred. She catches a couple of Wesen—one’s a boxing promoter and the other’s a boxing trainer—in their Volga state (the state that has them show their animal nature) and assumes that these are the guys behind the strange death.

We know that the boxing promoter has something to do with the murder but we aren’t sure of the trainer’s involvement. We learn quickly that the trainer had little to do with the previous murder as the promoter kills the trainer. No one stops this promoter from exploiting another younger bull-type Wesen, Clay.

And it’s Clay’s story that shows Grimm’s human side. He doesn’t want to fight and when the promoter gets found out, we find that he wasn’t the only one using Clay. Spoiler: Clay’s mother abused him and forced him to fight in a gasp worthy reveal. Moments like that are what make Grimm a joy to watch.

I’m still not sold on the convoluted story arcs where the resistance and multiple sects of royals try to outwit each other. Renard’s mother isn’t as annoying as I thought she would be but she still isn’t my favorite. And don’t get me started with Adalind.

Okay. I will. She gets a jail break from someone who looks too much like Rumpelstiltskin for it to be a coincidence, and as always she doesn’t have complete command of her spells. That’s actually something I like about her, a nice flaw. She shoots first and second and then forgets to ask what the consequences are.

1) Nick has cones in his eyes that (probably) let him see Wesen. Not quite as dumb as midichlorians but in the same ball park.

2) When Trubel was chilling in the Wesen-infested gym, why didn’t any of the Wesen notice her?

I’m warming to this season of Grimm but I’m not completely on board with the Grimm-less Nick. I’m glad that we’ve fast forward to the thought that Nick not being a Grimm is a very bad thing because I think he’ll need his powers back by the mid-season break—or at least have him on the long road to recovery by then.

Verdict: Less of the continuing drama and more of a self-contained story, this episode showcases what makes Grimm enjoyable: don’t make snap judgments of a Wesen with a fleeting glance and make fantastic creatures human. 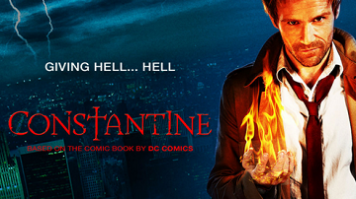 The first episode of Constantine has done the most delving into John Constantine’s past. These last two episodes have done less focusing on him and more adding of characters and plot to the mix.

New characters are to be expected—especially with a wealth of source material with which to pull from—but I’d like to see more of the titular character’s checkered past. We get a taste of him with his mate dying at the hands of the demon of the week. I liked how Constantine answered Zed’s question (in regards to Constantine bringing back his friend from the dead in a gruesome way in order to see what happened to him) of “What’s the price for the spell you just cast” with a nonchalant “A couple days of my life.” It’s keeping with the feel of Hellblazer. But how much of Hellblazer are we actually getting?

The show fells scrubbed down. You can’t help but wonder if HBO, TMC, or some other premium channel would’ve given us a more faithful portrayal. And there’s a blizzard of a plot storm going on in this episode. It’s as if the creators thought that the more we throw at people, the more will stick. I’ll break down the plot—as quickly and best as I can—just to illustrate how convoluted it is.

We take a whirlwind ride to the 1930s where a dude sells his soul to the devil so he can rock the blues, and then the devil comes to the recording studio for what’s his. The recording equipment captured the voice of the devil in addition to what little of the song the dude was able to play. Fast forward to present day where the condemned dude’s producer on his deathbed tells Jasmine Fell—who works in the music industry herself—where he hid the cursed record hence the title “The Devil’s Vinyl.”

Anyone who hears the record dies, but everyone around the record wants to hear it and share the record with as many people as they can. Sort of an “I’m going to kill myself and take as many people as I can with me” deal. So far, so good. But I did say that there’s a lot of plot going on, so we just barely scratched the surface. Let’s get back to Jasmine.

Jasmine Fell wants to use the damned—we’re talking damnation damned—record as a bargaining chip with the soul broker she sold her soul to. (The Devil uses human soul brokers because they’re cheap, expendable and he can keep up with his Twitter feed.) Jasmine sold her soul in exchange for her husband’s life as he underwent cancer treatment. The deal worked, but now she doesn’t have a lot of time left before she turns out like the dude in the thirties’ recording studio, and her broker has a new deal involving the cursed record. But it’s not really the soul broker’s idea; it’s a plot by a voodoo priest so pompous he won’t stand up to great his guests: Papa Midnite.

Papa Midnite wants the record so he can wield more demonic powers, but before Midnite can get his hands on the record his henchmen catch the woogie from the vinyl and feel compelled to play the album at a night club. A mass death occurs—but it happens off camera—and we see Constantine case the scene in one minute or less—any longer and you’re investigation’s free—and then track the henchmen to a local radio station.

That’s a lot of things going on for forty-five minutes or so. So much so that Constantine can’t cultivate any ambiance or develop characters. We still don’t know how Chas got resurrected back in the pilot. Manny as the angel of death—instead of the angel of exposition—would’ve been good to know two episodes ago. Zed’s glances and Constantine’s distrust of Zed—that he voices through expository dialogue—are the only reasons we have to believe that Zed plans to betray Constantine. Zed does backstab him in the comics, but she’s a complex character who Constantine counts as one of his friends, too. Her actions in the show thus far scream ally. She’s the one who saves Constantine after he gets shot, stabbed, poisoned, and strung up by Papa Midnite.

Papa Midnite is a great foil for Constantine. I trust we’ll see more of him, but we barely see any of Chicago and just a splash of New Orleans jazz. Then, we have to question why Jasmine would store a damned record on a shelf at home, and why she’d keep it after her daughter listens to it and gets possessed. That minor plot thread never gets resolved.

Still, with all these flaws, Constantine has plenty to work with. The problem will be picking and choosing which path to take.

Verdict: An entertaining show—for the most part—that confuses plottiness for complexity. It could use a dash or two of character development and spend a little time in space, so we can get a feel for where in the world Constantine spends the episode.