Hello, all. It’s been some time since I’ve posted something on tabletop games, so I’m taking a page from Jim and his “state of comics” to cover a current trend in tabletop games: adult themes for popular board games.

I’m not against adult-themed games. They’re not my thing, I most likely won’t purchase one, but I have nothing against them. Tabletop companies make mountains of cash from games that add “after dark,” “adults only,” and add an explicit content label to the box. It’s good business. It’s also a polarizing subject in the tabletop community. Let’s explore both sides of the argument of whether adult games are good for the hobby, and why they flourish. We’ll stop before we have to take a shower.

First, there’s the mountain of cash I mentioned earlier. Adult-themed games are big business. The money they earn sustains some companies. Sure, Czech Games Edition (CGE) didn’t need a Codenames: Deep Undercover for their 2016 Spiel des Jahres winner—the original Codenames is printed money—but the company has made a killing on the adult-themed version too. Tabletop gaming is a growing but still small niche. An adult game might be worth it if it means a tabletop company, maybe not CGE in particular, can stay afloat. But there are other ways adult games are beneficial. 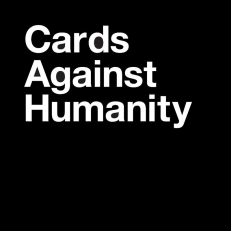 The game that popularized “adult themes” Cards Against Humanity has done a lot of good in the tabletop community; most notably it’s Tabletop Deathmatch contest, where unpublished game designers have a chance of getting their game on the market. Outside their contest, they’ve reached out to budding game designers and put them on the map. We wouldn’t have Penny Press, Discount Salmon, or the companies they spawned without the adult-themed giant.

I’m not sure if there’d be much overlap on a vin diagram between life-long tabletop gamer and introduced to the hobby through an adult-themed board game, but there must be some overlap. Who cares how someone gets into the hobby? It only matters that the person in question got into the hobby. And who cares if party games (adult-themed games are usually of the party game variety) are all that person is interested in? Most tabletop companies offer a party game in their catalogue. The party game enthusiast can enjoy their games and that can help that same tabletop company make strategy, war, deck building, or worker placement games.

It must sound like I’m an adult game apologist but it’s not all farts and sunshine.

Okay, I could go the easy route here. They’re filth. They’re cheap knockoffs of other games. They cater to the lowest, common denominator. They’re not kid friendly. That’s too easy, and those reasons aren’t why I avoid adult-themed tabletop games. The biggest reason I avoid them is that they don’t accomplish what I think they set out to accomplish: shock value.

The one time I laughed out loud from a Cards Against Humanity turn was when someone played the fill-in-the-blank card “The thing I’m most ashamed of is…” and someone else answered with “I’m Batman.” Someone being ashamed of being Batman, to me, is objectively funny. When everyone else plays some variant of penis, vagina, butt, testicle, or breast joke, “I’m Batman” becomes shocking. Vulgar jokes are the funniest when they’re unexpected. Adult games are so over-the-top they make penis jokes impotent.

That last one was a penis joke. I’m sorry. That was too easy; I took the opening.

I’m also miffed as to why some stores carry the adult version of a game and not the base game. I suggested Codenames to a friend. They went to Target, but all Target had was their exclusive Codenames: Deep Undercover. My friend picked up Codenames: Deep Undercover, played it, and got angry at me for suggesting such a lude game. If a store wants to carry an adult-version of a game, carry the original. 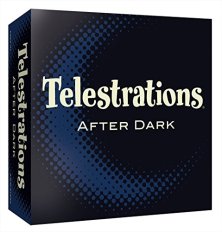 But the biggest reason I don’t prefer adult-themed versions of games is that they’re unnecessary. I seldom play with the cards that come with Telestrations. My game group picks a topic or theme and we draw pictures based on that topic. If we wanted to have a raunchy turn of Telestrations, we’d have one with the base game. Why would I play Telestrations: After Dark that has a larger print run than the base game? Why play Cards Against Humanity when you can play (the game it mimics) Apples to Apples? Someone can play the adjective “moist” and someone else can answer with “women.” I’ve even used the clue “bondage 5” in a base game of Codenames to get folks to answer with the code words “rope,” “bed,” “handcuffs,” “apple,” and “carrot.” That one round was shocking. And shock value is the element adult-themed games lose.

So why are they popular?

I’m clearly not a part of an adult-themed games’ target audience. I hear they’re great when you’re drunk. I wouldn’t know because I don’t go out and party, so the college crowd must be the target audience. But there could be a larger, psychological element at play. Let’s compare the cover of Codenames to that of Codenames: Deep Undercover.

You can see the added explicit content warning on Codenames: Deep Undercover, and that has its own baggage, but let’s take a closer look at the word balloons on each box. The base game reads “Top Secret” and “Word Game.” The adult version reads “Adults Only” and “Word Game.” Adults don’t need to be told they’re adults.

Teenagers (and some young twenty-somethings) need to be told they’re adults. I ran a “Man’s Club” when I was a preteen and everyone in the neighborhood wanted to be part of the “Man’s Club” because the word “man” was in it. None of us were men, but we liked to be told we were men for being a part of the club. The same could be said of teens playing “adult-themed” games. These games may be marketed primarily toward teens. Even if they aren’t, I’m sure companies don’t mind if a teen purchased their game or got their parents to do so. So, that may be my biggest issue with adult-themed games.

Regardless of their marketer’s intent, adult-themed games comprise a healthy portion of tabletop game sales. They keep some companies afloat, bring new people to the hobby (perhaps), and it’s the parents’ responsibility to know which games their kids are playing.

What are your views on adult-themed, tabletop games? Let me know in the comments. I’ll be playing some more games and hopefully gain more topics to talk about. Until then, thanks for reading.