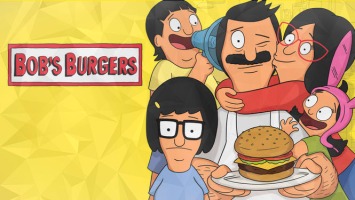 “The Land Ship” featured Tina and that’s always a good thing. Of all Bob’s Burgers’ characters, Tina has the most depth—okay Bob has quite a bit of depth too and so do many others, but Tina’s the epitome of an awkward teen trying to become the adult she’s supposed to be—as she struggles between doing the right thing and fitting in with the crowd.

With all that said I’m predisposed to liking most stories that feature Tina, but I’d have to say that “The Land Ship” was good not great. This might be a case of too much of a good thing. Bob’s Burgers is in its sixth season and there are plenty of episodes that showcase Tina’s insecurities and struggles with morality. Heck, there are some that have a parallel story of Bob going through similar struggles, and that might be where “The Land Ship” falls a little short.

Bob and Linda’s side story plays up the yucks—and there aren’t that many to be had—instead of linking to Tina’s main arc; Tina’s story is the main arc as the title of the episode is “The Land Ship” and her story is the only one that directly involves the land ship. I don’t know. Something was missing from “The Land Ship.” All the pieces were there but they didn’t quite fit like we’re used to seeing them fit. “The Land Ship” wasn’t a bad show. It just wasn’t as good as many other Bob’s Burgers episodes. With a couple of good seasons in a row—and three other fine seasons before them—it might be difficult for Bob’s Burgers to maintain its streak of good to great shows, but I think they’re up to the task.