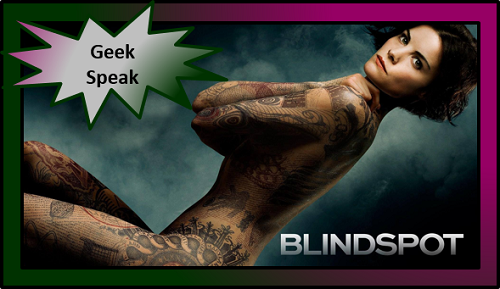 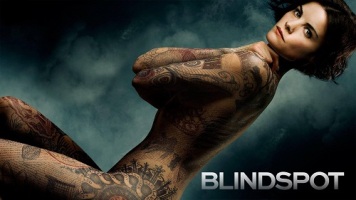 The encryption of Jane Doe’s tattoos leads to some interesting clues. That was true of Blindspot’s pilot and stays true with “A Stray Howl,” but unlike the pilot, “A Stray Howl” added flavor to the supporting cast. Thank goodness. Sullivan Stapleton, who plays Agent Kurt Weller, is still stiff with his delivery but we saw that he has another side to contrast the hard-nosed special agent—he may even have a personal connection with Jane Doe. But despite these nice developments, we don’t get to know too many of the other characters. I said that the supporting cast has flavor but they’re still broad characters. It says something when you look up Blindspot on IMDB and find that most of the characters – even characters who are part of the immediate investigative team – are known simply as “FBI Agent.” We need more character development with these guys, as well as some names.

The weekly mystery involved a rogue Air Force drone pilot and how you can’t escape your past. Bringing the rogue to justice paralleled Jane Doe’s search to discover herself. She ponders what would happen if she didn’t like who she was and she experienced a memory that might suggest that she wasn’t a good person. On a personal note, “A Stray Howl’s” subject matter hit a little close to home, so it took a lot for me to get through this episode. Even so, “A Stray Howl” was a good episode. I had to fight back a laugh at points because of the absurdity of what Blindspot got wrong in terms of the Air Force and intelligence work, but this show introduced more elements that Blindspot could and should exploit. The characters are developing, not at the pace I’d like them to, but they are moving in the right direction and Blindspot looks like it might be something more than just an excuse to flash some half naked pics of a celebrity. The show also ended with a pretty good cliffhanger and looking forward to next week.

“A Stray Howl” did enough to keep me watching Blindspot. Hopefully, the show will continue to find its feet and make strides with the characters not named Jane Doe.