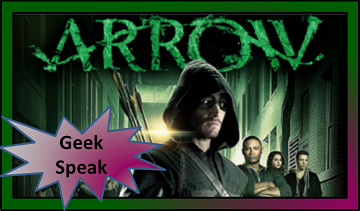 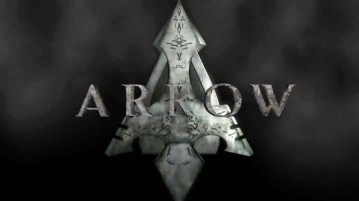 Arrow showed its hand with “This Is Your Sword,” the episode just before the season finale, and the results were mixed. Let’s start with the positives: I liked the action with Katana, for the most part, the team reassembling – to include Ray – was nice, the flashbacks continued to weave into the present day story arc better than it did earlier in the season, and we got to see Roy (more on him in our secrets page).

Unfortunately, the weaker elements outweighed the positives. Arrow did intend for Ollie to take down Ra’s, which like I said last week, demeans the Ra’s Al Ghul character. Merlyn, in turn, betrayed Ollie—perhaps. This could go one of two directions, either this is a double bluff by Ollie and Merlyn (the more likely of the two options), or Merlyn proved to be the weasel he’s been for the better part of three seasons. I like it when characters grow, so I’m partial to the former of these two options. Regardless, there’s no way the Alpha/Omega disease was used on Team Arrow, sans Ollie and Katana.

Getting back to Katana’s action, I didn’t like how some of her fighting moves looked like she was ballet-cizing. I know that most fight scenes incorporate dance, but she looked ridiculous at times. Still, you’ve gotta love Katana in her full costume and the moment when she takes Maseo’s life felt earned. Those were nice touches.

The waters are less murky for Arrow and that’s okay because there are still some twists and turns that have yet to present themselves. I hope that Arrow can end this season on a high note, while maintaining the integrity of the Ra’s Al Ghul character. We’ll have to see what happens next week.

“This Is Your Sword” was an action-packed episode of Arrow that revealed enough goods, to explain some of Arrow’s writer’s room choices, while keeping a few things close to the vest, so that there’s something left for the season finale.

We cover the upcoming Flash-Arrow Spin-Off with this preview.