Yesterday we covered the games with movies that are already in some stage of production. Today, we’ll list the games we think should have their own movie but no plans exist – yet – to turn the game into a film.

5) Pandemic
We begin our list with a game concept that might get lost in the overall Hollywood shuffle. There have been a lot of movies that have focused on a regional epidemic or global pandemic – both zombie and otherwise – but Pandemic does enough to set itself apart from the pack. In the game, there are four diseases originating in different locations that converge to become a superbug. Pandemic is a thriller featuring three to four acting troupes filmed in multiple locations waiting to happen. 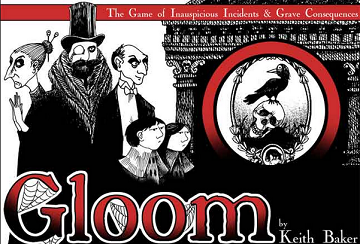 4) Gloom
To say that Gloom has character is an insult. The kooky families that make up the world of Gloom have more issues than Time magazine. There isn’t a screen big enough to contain the bevy of bizarre these four families possess when you have a family reminiscent of the Frankensteins, an Addams family offshoot, a serial killer family, and the world’s most pathetic freak show. While you could split up the group, I’d like to see a director perform this insane juggling act.

3) Galaxy Trucker
I almost added a couple of other Vlaada Chvatil games (Space Alert and Mage Knight) but had to go with Galaxy Trucker. We’ve seen space pirates, space knights, and space princesses, but we haven’t seen space truckers. There might be a reason for this. Still, Galaxy Trucker is the perfect engine for a comedy set in space that doesn’t focus on the usual fare. The game does have its share of space pirates and other spacefaring tropes, but Galaxy Trucker’s flavor of self-deprecating humor screams comedic masterpiece. 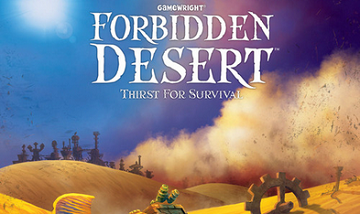 2) Forbidden Desert
This is another game that has a familiar movie concept: a group of friends get stranded in the middle of a desert and have to find their way out. Heck, C-3PO and R2-D2 wandered the desert planet Tatooine. But Forbidden Desert gets our nod as the second tabletop game that should have its own movie because of the game’s world. The flying contraption our group has to construct in order to escape is something straight out of Jules Verne. Given the proper treatment, a movie based on Forbidden Desert could be a steam punk classic.