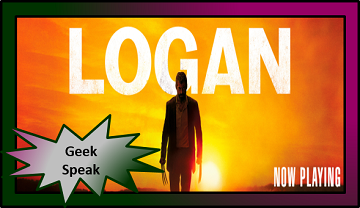 It’s difficult to talk about Logan without getting into spoilers, so I won’t worry too much about that. Consider this a SPOILER WARNING.

This shouldn’t be too much of a spoiler if you’re followed the press surrounding the movie. Hugh Jackman has said he’s moving on from the role, and Logan very much has the ring of closing out this portrayal of the character. As a farewell to Jackman, and Patrick Stewart as Professor X (Stewart has also said he’s retiring from the franchise), the movie hits all the bittersweet notes, and it accomplishes exactly what it aims to do.

Logan does shine a few lights on some grievances I have with the X-Men as a whole, and that’s largely that so many members of its roster are dramatically overpowered. Beyond that, the only complaint I can imagine someone having with Logan is that it lacks much of what we’ve come to expect from a “Superhero Movie.” In truth, the movie works much more like a mixture of Dystopia and a Western, but it does both fairly well. It’s just not your typical “X-Men Movie” fare, and that might put off some viewers.

Jackman and Stewart have some incredible scenes together, and Stewart in particular astounds with his portrayal of Professor X suffering from dementia. It’s sobering and good note for DC to take if they’re going to insist on making grim films.

There’s a lot of darkness in Logan, but it works. I think that’s because there is also levity, a handful of moments that are genuinely fun, and that stops it from becoming the joyless sort of mess that DC/WB has been giving us with Batman v Superman and Man of Steel.

If you’ve read the Old Man Logan comics, you’ll have a good idea of what to expect from the movie. If you haven’t, you might be taken a little by surprise, but Logan is a good movie, and it’s accessible to audiences regardless of their familiarity with the franchise.

Logan showcased stellar acting. Jackman, Stewart, and newcomer Dafne Keen as X-23 (Laura) had some amazing moments. Stewart did a great job portraying a Professor X suffering from dementia, but the interaction among these characters shines.

Call it a Dystopian, Western, or superhero film, at its heart Logan is about a man saying goodbye to the family he lost, or is losing in the case of Xavier, and accepting his role in a new family. Logan doesn’t know how to be a father. No one does when they first become one. Heck, I’m stilling learning how to be one and my kids are teenagers.

Many of the film’s best moments and moments of levity come from the various roles one assumes within a family. Logan tends to Charles (his ersatz father) and struggles to parent X-23. Charles wants to impart wisdom to Logan and X-23, making sure there’s hope for mutants and also that his friend and child are taken care of after he’s gone. X-23 wants to find her place in this world and keeps others at bay because of the abuse she’s endured, but she still acts, at times, like a young girl going on a road trip with her father and pappy. These moments are fun and explore the human condition.

Stewart’s brilliant, Jackman holds his own, making several memorable moments, and Keen’s captivating. Her character has a wonderful arc. SPOILER WARNING. Laura doesn’t speak (a defense mechanism) until an hour and fifteen minutes into the movie. When she does, she speaks Spanish, a language she knows Logan can’t understand, her defenses coming down but still raised. When Logan shows he cares for Laura, she reveals to him she can speak perfect English. She tears down her last wall. It’s one of the better character arcs in a comic book movie.

I agree with Jim’s overpowered characters assessment in regards to the X-Men franchise as a whole—there are mutants who can warp reality—but I only agree with him to a point when considering Logan. The young mutants in Logan have abilities so staggering, I didn’t believe they were in real danger. X-23 is more like Wolverine than Logan. She should’ve been taking care of him. And she does toward the end of the film. Like her father, Laura must learn how to be a daughter. I’m giving Logan a pass in the powers department. The young mutants were chased by the ones who oppressed them all their lives. It’s possible they would be frightened and didn’t know, or believe in, their own strength. I can suspend disbelief, citing the young ones needed to grow into their powers.

Viewers may expect Logan to be the cinematic Wolverine they’ve known for seventeen years. He’s not that. This is an old man Logan film and it’s a good one.

2016 was a down year for comic book movies. If Logan is any indication, 2017’s looking a lot better. And if Marvel/Fox wants to make an X-23/Runaways movie or two, they’ve sold me after Logan.