Here are some more villains you love to hate. Pick the right lame power for these lame super villains.

1) Kite Man
a) He loves to fly kites of all sizes, and his name is Charles Brown—and he’s always getting his kites stuck in the same tree.
b) Uses geometric theory to generate deltoids with his mind.
c) Sprouts wings shaped like the famous quadrilateral that allow him to glide from place to place.
d) Hawkman’s dwarf half-brother.

3) Mandrill
a) A super intelligent ape, Mandrill plans to make all humans his slaves.
b) A half-human, half-mandrill and irresistible to females, Mandrill beds any female he wants and forms an army of female slaves to become master of the world.
c) Transforms into a human-sized power drill that can burrow deep into the Earth’s crust.
d) Uses his exotically colored bottom to hypnotize his victims—while the rest of us have to wear Juicy Pants; dude, share.

4) Paste-Pot Pete
a) Uses alliteration to confound people who stammer or stutter.
b) Hypnotizes glue sniffers with his magical paste-pot.
c) Glues people to the ground with his paste gun—he’d kill at a crafting convention.
d) Gives everyone a contact high with the marijuana-laced paste he spews from his mouth.

5) Captain Cadaver
a) Having cheated death himself, Captain Cadaver raises an army of dead on a semi-daily basis.
b) The reanimated corpse of an army officer, Captain Cadaver steals from rich bureaucrats that denied him his veteran’s benefits in life.
c) A ghost that possesses dead bodies and brings them back to life, Captain Cadaver gains the proclivities and memories of those he possesses.
d) A three-foot vampire who wears a smiley fanged t-shirt.

6) Ruby Thursday
a) Opens a chain of restaurants to rival Ruby Tuesdays, but she doesn’t include a salad bar.
b) Can turn invisible, prompting heroes to sing, “Good bye, Ruby Thursday”—and then The Rolling Stones sue them for copyright infringement.
c) Came up with a high-tech organic computer shaped like a ruby crystal ball, but instead of selling the tech to Bill Gates, she chops off her head and replaces it with the computer.
d) Pass out when she kisses you, and you don’t come to until next Thursday—“Good bye, random hero.” 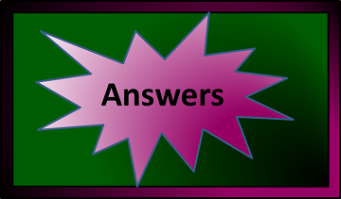