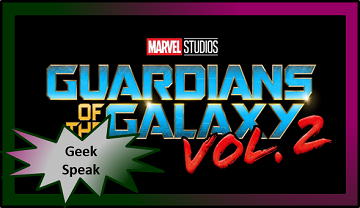 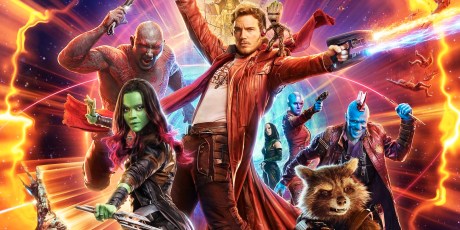 If you haven’t seen Guardians of the Galaxy vol 2 yet, you really should. Even if you’re not a comic book fan, this franchise can entertain a wide audience, because, simply put, it’s funny. They went a little further with the humor this time, which is to say they went with some more outlandish gags, but it works on a consistent basis.

From a storytelling standpoint, I appreciate that the character development we got from the first movie stood up here. Drax still has a tragic backstory, but he learned to laugh in the first movie, and that’s the sort of thing that’s been built upon. We’re not back to the same old status quo.

The new characters, like Mantis, were used well here, and the ones who only had a minor part last time get a little more screen time. Nebula gets a proper backstory, and it adds something to the character dynamic. Yondu and Rocket have a nice moment here that establishes a relationship between them. In short, no one feels like they’re just plugging a hole in the screen.

If there is anything to pick on here, I can’t say it’s all that clear what the stakes are moving forward. By that, I mean I can’t quite say I know what this installment does to build toward Infinity War, but there’s nothing wrong with a movie standing on its own.

While the impact volume 2 is meant to have on the larger Marvel Cinematic Universe may be unclear, it does move its own internal story forward quite a bit. This is not a movie that refused to take any chances. It does, and I think it pays off. If Doctor Strange left you wondering if the cracks in the MCU were showing up, Guardians vol 2 will restore your faith.

I’ll echo Jim’s thoughts and say that Guardians of the Galaxy has wide appeal. The ensemble is funny. Guardians vol 2 captured the joy of the original, took risks (I’ll explain that more in a labeled, spoiler section), and I’m not sure how Guardians vol 2 works within the larger Marvel Cinematic Universe, but I’m not sure that’s the point. It’s fun.

I also appreciate, from a storytelling standpoint, that Guardians didn’t include everything from the comics. This movie is its own beast. There are moments in comic book TV shows where a comic backstory isn’t explained or built upon and the show slips them in out of nowhere as a wink to the “true comic book fans.” Drax has a very different backstory in the comics—he’s human and learns his daughter Moondragon survived Thanos’s attack—but Guardians didn’t shoehorn that in. I’d like to see Moondragon but if she doesn’t serve the story, don’t add her. Guardians showed restraint. What’s not in a story can matter as much as what’s in a story.

Of course, what’s in Guardians vol 2’s story is solid. Drax progresses as a character. Star-Lord discovers his past and where he comes from. Mantis, Nebula, Yondu, and Rocket had all the great moments Jim talked about. So, I’ll just say, ditto—for now. If there was one character that concerned me going into the movie, it’d be Baby Groot.

Baby Groot’s cute, cuddly, and a major sight gag source. He had the possibility of being too over-the-top, and Baby Groot was the main culprit of the movie’s increased zaniness, but he wasn’t as overpowering as I feared. Baby Groot stayed in character. I shouldn’t have doubted him. He is Groot.

If there was one thing missing from the first Guardians movie, it’d be a compelling villain. Guardians vol 2 fixed that but to discuss it further, I’ll have to call spoilers.

Guardians of the Galaxy vol 2 deviated from the comics again with Star-Lord’s father. In the comics, he’s supposed to be J’son, or Jason, of Spartax. Jason is an emperor. He’s not a celestial and certainly not Ego: The Living Planet. I’ve wanted Ego in a Marvel entity for some time. Yes.

Ego has, well, a big ego. He wants to expand his reach in the universe and plans to use his son (he was impregnating females in numerous galaxies) as a means for domination. The power mad, other-worldly being is a tired trope, but Guardians 2’s familial ties added a nice spin. It also explored Star-Lord on a personal level and posed an interesting distinction. Star-Lord’s biological father is Ego but he never cared for him. Star-Lord’s dad is Yandu.

Yandu raised Quill. He didn’t want to bring Quill to his father because he knew Ego would use and hurt him. Like Rocket, Yandu pushed the ones closest to him away as a defense mechanism. He cared for Quill and made the ultimate sacrifice. There is a difference between a father and a dad.

The same goes for a mother and a mom.

Ultimately, Guardians 2 is worth the price of admission. I’ll see it more than once.

Note: Drax’s backstory has been retconned in the comics since the first Guardians movie. Marvel had to change it; Dave Bautista’s reflexes are too fast.