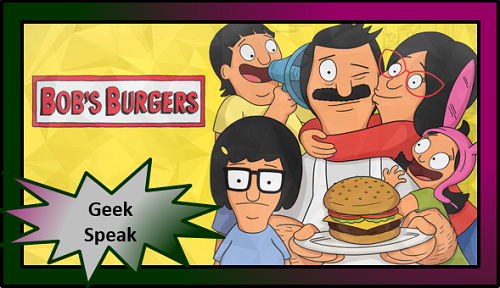 Tina took center stage again but instead of Bob’s Burgers mining teenage angst, it explored what would happen if Tina came into contact with her greatest obsession: horses. I’m torn with “The Horse Rider-er.” On one hand, I’m glad Bob’s Burgers is treating Tina as something more than an allegory for teenage awkwardness; she behaves as only Tina can or will. On the other hand, Tina comes off as selfish and that’s odd. A selfish Tina isn’t completely out of character, but it’s in the vicinity.

The girl who usually moans whenever she’s coaxed into lying or doing anything else against her strong moral code groans because she doesn’t get to go to horse camp. That’s a little out of character, but I’ll let it slide because Tina loves horses. But she hates horse camp. The camp counselor and her campmates pick on her because she knows too much about horses, but Tina refuses to quit, even though Bob could get reimbursed. Again, that’s on the selfish side for Tina, but I get it. Many of us don’t realize what getting what we want could entail and we’re reluctant to admit that what we want doesn’t live up to our expectations. And that’s where “The Horse Rider-er” shines. I’m willing to overlook most of Tina’s incongruent behavior because this episode does a great job of illustrating the adage “be careful what you wish for, you might just get it.”

The rest of the cast was paired well and their side stories spiraled off from Tina’s main story in satisfying ways. I like it when Bob’s Burgers does that. Since Tina’s horse camp is expensive, Bob can’t repair the deep fryer. This causes the restaurant to quit serving fries. That doesn’t sit well with Teddy. This turns into a pleasant ongoing gag.

On another front, Linda feels guilty for spending so much money on Tina and creates a restaurant day camp for Gene and Louise. Gene and Louise view the restaurant camp as a way to get out of work—they’re not Tina, they don’t like to work—and shenanigans ensue. Feelings get hurt, Gene and Louise learn something about themselves, and even the Pestos get involved.

The individual parts of “The Horse Rider-er” work, but they don’t quite fit. Tina is selfish enough in this episode to make me question her character, while the rest of the characters are caught in roles we’ve seen before, but the reasoning these characters fall into these roles has more subtext. This is—perhaps—the first time I’ve seen Linda fully embrace comforting her children. But that makes Linda a little out of character; she always makes a situation about herself. “The Horse Rider-er” has the parts for a great Bob’s Burgers episode, but it’s just a little off.