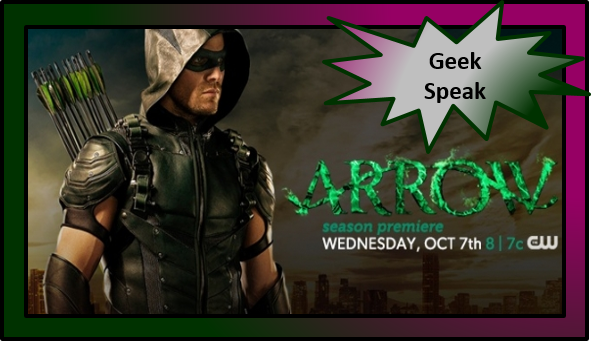 As with The Flash, this week’s episode of Arrow wasn’t really bad. It just wasn’t all that great, either. Weirdly, there was some overlap in the designs of the episodes. By that I mean Arrow also gave us blasts from the past, so to speak.

It was the return of Brick and Anarky this week. Darhk hired Brick to go get Felicity’s dad. They may have explained why they needed Brick to do that, but I didn’t catch it, and I’m not invested enough in Brick or Daddy Dearest to wonder.

If you want to know what was wrong with the episode, just circle everything to do with Anarky. He’s never been a compelling villain for the show, and having him break into HIVE’s safe zone didn’t do anything for the episode except make us question how seriously we’re meant to take this Truman Show-esque dome seriously.

At this point, pretty much any story involving a nuclear weapons crisis is a cliche. It’s the go-to doomsday scenario we’ve been spoon-fed since The Twilight Zone (no, I’m not putting The Twilight Zone down). I took it all as an excuse to make Felicity even more of a focus. The over-reliance on techno-babble is usually something you just take as a necessary evil, but this week the entire plot hung on the audience not having any understanding of how anything really works. Computers don’t work that way. Targeting systems don’t work that way. GPS satellites don’t work that way. No to every single bit of that contrived plot device.

The good in this episode came at the end. I don’t care about Felicity’s guilt, partly because I’ve turned on her character, but also because I don’t buy any of that story. The end did put Ollie and Diggle into what may be a confrontation with Darhk, and that’s when this season is at its best. Here’s hoping they’re finally done stalling, and getting back to the point.

Like The Flash this week, I won’t be covering Arrow: graduation time. I’ll get caught up soon and be back to reviewing our shows next week.

I will add that I expected to see Anarky and Brick again. I can’t say I was excited for it but I knew it was inevitable. “Monument Point” sounded okay enough until I saw that the focus was put on Felicity. Should we start a petition for Free Green Arrow?