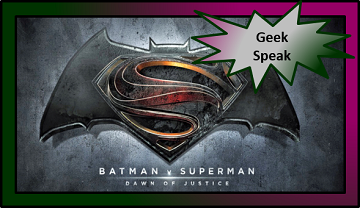 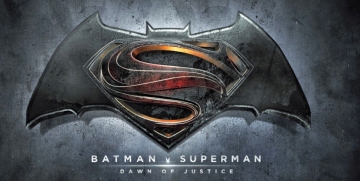 I’ll tell you what I told my friends. If you’re going to see Batman v Superman: Dawn of Justice, and you’re hoping the critics are wrong, or that they’re being too hard on the movie, “Abandon hope, all ye who enter here.” Simply put, it’s an objectively terrible movie. If you’re a fan of the comics, it’ll manage to insult you, and if you’re not, it’ll just bewilder and sometimes bore you.

I won’t say the film doesn’t do anything that’s any good. There are small moments that have potential, but there is no element of the story that isn’t botched at some point along the way. Dawn of Justice tries to do many things, and the end result is that none are done well.

Most of the actors do a serviceable job with what they’re given. I’m sorry to say I think Jesse Eisenberg as Lex Luthor may be the lone glaring exception. His portrayal of Luthor is manic and hyperactive in a way that is neither believable nor menacing. It reminded me of Jim Carey’s portrayal of The Riddler from back in the days when Batman movies bummed us all out in a very different way.

Zack Snyder seems to have drawn most of the fire for this movie. The director usually does, and he deserves his fair share of it, but the writing was atrocious. I can’t imagine any way to put this script together that wouldn’t have been an irredeemable mess. Character motivations are only loosely defined, then changed without much reason. The dialogue, when not cliché-laden, is nonsensical.

Those are the broad points. I’ll get into some specific complaints that delve into plot details, but I can honestly say there isn’t much to spoil. The trailers for this movie just about showed this movie. Maybe that’s the ultimate criticism of it. It takes 2 1/2 hours to cover what a handful of 3 minute trailers got across. How can that possibly entertain you?

The big fight. The “v” in Batman v Superman is brought on almost entirely by Bruce Wayne. He views Superman as a threat, and he means to kill him. That’s not an overstatement. Batman kills people in this movie, and it comes off as though he has done it before. No, I don’t mean that he knocks people out in ways that fans like to laugh at and point out that he would probably have killed them. I mean he kills people. He shoots bullets and missiles at them. This is a more barbaric Batman, and that’s Superman’s gripe with him.

Lex Luthor is pulling strings, egging the two on into this showdown for reasons that aren’t entirely clear. Ultimately, Lex’s plan to get Batman to kill Superman (or Superman to kill Batman) fails when Lois Lane wanders onto the screen and asks them nicely to stop fighting, and reminds them that each of their mothers are named Martha. Seriously, that’s pretty much what happens. Not to be foiled, Luthor creates and unleashes Doomsday. Now brothers from other, but similarly named, mothers Batman and Superman team up with Wonder Woman to take out Doomsday. Does it feel like Wonder Woman was just sort of dropped in there? Yeah, she was. Think of her as the vestigial tail of this movie.

It feels weird putting all that under the “spoiler” heading, because you could have surmised it all from the trailers, but I wanted to make it clear for those who hadn’t done that amount of homework, and also to lead up to the one thing that could actually be a spoiler. Superman dies. He kills Doomsday, and Doomsday kills him. It was a famous plot in the comics years ago, so it may sound familiar. There are many problems with this, but I’ll focus on two, and try to leave something for Kyle to talk about. First, Batman and Wonder Woman are shown grieving at the graveside. Why? Wonder Woman knew Superman for about twenty minutes, and Batman liked him for those twenty minutes, just after he meant to kill the guy himself. Nothing was resolved. Superman died still being Superman, still possessing the power to destroy mankind, should he choose to. Batman never swore to be a gentler Batman, to stop torturing criminals and let the law deal out punishment. Second, Superman’s death is the true end of the movie. Yes, the soundtrack offers us a couple thumps of a heartbeat, and that could be inferred as Superman’s, but he never rises out of the grave. Are we really expected to believe they’re going to begin their Justice League franchise by ending their Superman one? Of course not, so where is the tension in that?

I’ve written a bit of a manifesto here, and I could write much more, but I’ll spare you. All I can say is I hope the negative critical response to this movie shocks DC into action. I love these characters, and I have since I was a child. They deserve better storytelling than this.

I want to like a DC cinematic universe movie. I’d love to see a great Justice League film. I kept trying to find something Dawn of Justice did well, but all I could come up with was that I knew the dream sequence Superman had of Pa Kent was indeed a dream sequence. That doesn’t mean it was an effective dream sequence; I just knew that it was a dream sequence while the scene occurred and that’s something the rest of the movie didn’t make clear.

Evidently there were flashbacks, flash forwards, dream sequences, and hallucinations, and they all looked the same. And some were braided together, so even comic book aficionados couldn’t figure out what was going on in a single viewing. That’s not a good way to get repeat ticket sales, Warner Brothers and DC. Jim mentioned to me an hour or two after we had finished watching Batman v Superman that he read that Darkseid’s Omega symbol was in one of the “dream sequences.” After he said that, I slapped my forehead and said, “And those crazy looking flying beasts could be Parademons.” And then he said that the “dream sequence” in question wasn’t a “dream sequence” but a flash forward. If that sounded confusing, you’ll be lost in the movie’s first five minutes.

Kid Bruce Wayne falls into a bat cave during his parents’ funeral. He strikes a Jesus Christ on the cross pose and ascends the bat cave by means of the wind generated from a camp of bats. Seriously. DC thought the opening scene of a movie released on Good Friday needed a young Bruce Wayne striking a Jesus Christ Pose. I’m not religious but even I found Bat-Christ—and the countless other appropriated Christian images—in bad taste.

Batman v Superman didn’t even know its own characters. Jim mentioned the many ways the film messed up Batman and Superman, but it also cast Wonder Woman as the reluctant hero. Sure, Wonder Woman plays the reluctant hero often, but it’d be empowering to see her spring into action because she wants to take action. And it helps when she isn’t an afterthought.

Oh, and Lex Luthor came off like a psychotic, adult Peter Pan. He had severe daddy issues and his go-to move was placing his hands on his hips and cocking his head to the side. All he needed was Tinker Bell on his shoulder.

Okay. There was one half-way decent part of this film. Jeremy Irons made an interesting Alfred. Michael Caine was a sympathetic father-figure, but Irons was gruff and had a military background. I liked the change of pace but it was drowned out by the unholy mess that was the rest of Batman v Superman.

At this point DC needs to hit the reset button with its cinematic universe. I don’t know why they don’t use the characters and actors from Arrow and Flash to flesh out the DC movie-verse, but for whatever reason they won’t or can’t. Whatever the reason DC placed more of an emphasis on what their rival Marvel currently has in their cinematic universe than see what’s working with their properties.