I just missed Iron Fist’s cancellation last week, and Luke Cage joins it this week. This may or may not be a sign of things to come with Marvel-Netflix’s shows. Several factors led into the decision to cancel the Heroes for Hire (Luke and Danny). I’ll try to keep this brief.

Disney still intends on beginning its own streaming service soon and is looking to reclaim the licenses of many of their characters; this also incited the proposed Fox buy-out. Netflix ordered fewer episodes of future Luke Cage and Iron Fist seasons as an effort to lower costs (fewer episodes mean less money for the license), but lowering costs means that they would give Disney less money and that makes Disney less interested in maintaining the agreement. But the chief reason may be that Netflix has matured (as a television network of sorts) to a point where they don’t overpay for licenses they don’t need or want, and they’re less likely to continue shows that don’t earn them new subscribers or downloads. Early Marvel shows like Daredevil and Jessica Jones brought in new subscribers, but Luke Cage and Iron Fist struggled.

Netflix still has the license to use Luke Cage and Iron Fist in their shows, so the cancellation of their individual series doesn’t mean that fans won’t see them on other Marvel-Netflix shows. Of course, things could change if Disney insists on reclaiming as many Marvel licenses as possible. The Mouse House could rescind their Netflix licenses or make the premiums for keeping any licenses untenable for Netflix.

And now for some lighter news. Spider-Man for the PS4 (released last month) is the official launch of an interconnected series of games that will feature Marvel Universe characters. The Marvel Game Universe, or MGU, will function in many ways like the Marvel Cinematic Universe with Spider-Man acting as 2008’s Iron Man.

Rumors swirl with numerous game developers attached to various Marvel properties. Sony’s Insomniac will continue with future Spider-Man games, but they’ll take on at least another character or two, Square Enix (of Final Fantasy and Dragon Quest fame) will produce Marvel titles (and Sony hinted that they may be involved with the larger project), and Rock Steady (Batman Arkham series) has been mentioned as well. I’m not sure who’ll be in the final production line as far as developers, but the main Avengers and stars of future Marvel films are a safe bet for getting their own games, and if the results of future Marvel games are as good as Spider-Man, it’ll be a fun ride.

The long wait for Red Dead Redemption 2 is now over. This game is a prequel to the first Red Dead Redemption (2010) and follows the story of outlaw Arthur Morgan of the Dutch Van der Linde gang. Let’s hope this Western ends in a more positive light.

My Hero Academia gets the fighting game treatment. There’s a strong possibility that I’ll pick this one up on the secondary market. Plus Ultra!

This game will share more with the 1981 pen and paper role-playing game than the H. P. Lovecraft short story of the same name. What makes me interested is that Cyanide game studio contacted the original writers of the 1981 RPG, so this survival horror/role-playing game has some serious roots.

This one sounds like a good old-fashioned action adventure and that’s okay sometimes. The Russian president is captured and a U. S. submarine must rescue him while avoiding World War III. 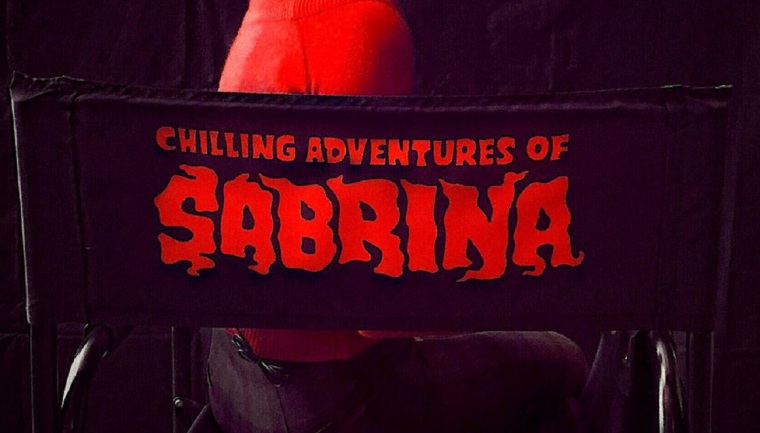 The first season of this Netflix original anime followed the source material closely, but it dragged in a few places. I’m hoping the second season will build on a promising cliffhanger.

Sabrina the teenage witch has largely been a comedic character and in 2014, Archie Comics gave her a grittier reboot. I can’t wait to see how Kiernan Shipka and the rest bring this reimagining of the character to life.

This series is still on? I kid—sort of—because this series can scratch the itch left by a dearth of new Evil Dead material. I’ve always liked John C. McGinley (“Scrubs”), so I may give this comedy-horror series another shot.

Tell Me a Story (CBS App)

I like the premise of Tell Me a Story. This series takes the world’s most beloved fairy tales and reimagines them as dark and twisted psychological thrillers. Unfortunately, CBS is at it again with making some of its content only available on its streaming service. Ugh!

This is an understated card game. The game is played with a deck of 100 cards, 20 cards of each of the titular 5 Colors. Players simultaneously play a card from their hand. The most played color gets scored and each player that played the most commonly played color gains points on the card they played. It’s simple to understand, but once players catch on with how to play, the strategy begins.

Atlandice has a lot more going on than 5 Colors. This game’s main feature is a rondel (a circular device that changes throughout a game) and in the center of the rondel is a doom clock. Players draft dice and items during their turn, trying to get the most points before rooms get swallowed by a flood and the doom clock ends the game.

It’s an interesting game with a lot going on. I can’t wait to get my hands on it and get a closer look.

That’s all we have for Geekly news this week. Be kind to one another and stay geeky.