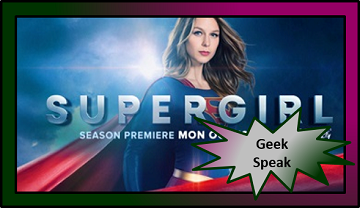 There were plenty of things wrong with “Homecoming,” and I’ll get to those in a bit, but the episode managed to focus Supergirl’s attention on its main antagonist and added a new twist for Cadmus. If nothing else, this week’s “Homecoming” has done something the other CW superhero shows have been incapable of doing: keeping its story focused. Since praise is out of the way, let’s talk about the major problems with “Homecoming,” notably its pacing.

Most of what ills “Homecoming” originates from the story needing to be a two-episode arc instead of one. Daddy Danvers (Dean Cain) returns, the group welcomes him with open arms, and he starts to act funny and reveals himself as a Cadmus mole. Mistrust within the group wasn’t given a chance to grow. Each character reacted how one would imagine they would. Alex would never believe her father could betray her. Mon-El was skeptical from the start and convinced Winn, and later Kara, to question Daddy Danvers’s loyalty. J’onn J’onnz doesn’t realize until five minutes before the episode ends that he can’t read Daddy Danvers’s mind. All of that would’ve been fine if the events took place over two episodes. It was rushed.

“Homecoming” could’ve been a lot better had Supergirl not treat its viewers like they have ADD. Kara wouldn’t have done a 180 (in regards to how she viewed her Earth daddy) in ten minutes, Daddy Danvers could’ve been better at infiltrating, Winn could’ve been caught between Kara and Mon-El for thirty minutes, building tension, and J’onn J’onnz wouldn’t have looked like a damn fool. All those problems would’ve been fixed with two episodes.

Something that wouldn’t have been fixed would’ve been Supergirl going full CW and having romance/romantic entanglements trump everything else. The DEO is willing to forget logic and government protocol by giving Daddy Danvers security clearance after getting abducted and brainwashed by a terrorist organization for more than 15 years (note: security clearances lapse after 7 and you must reapply for one), but Mommy Danvers can’t go back to how things were because too much time had passed. It makes no sense.

The rest of the romances progressed as normal. Sanvers (Alex and Maggie) are still the show’s strength, Kara continues to keep Mon-El at bay (Mon-El questioning Kara’s Earth daddy didn’t help), and I’m still not used to Winn having a girlfriend. Supergirl must expand Winn’s ladylove beyond token, alien sex symbol.

That’s a lot of errors from this week’s Supergirl, and I haven’t even mentioned the dialogue, which is never a highlight of a CW show. I could mention it, but I just can’t. If you can look beyond all those shortcomings, “Homecoming” kept Supergirl focused and that’s something. It’s nice to see the show develop Cadmus as a big player and to have a CW show take a longer view with its main villains. That’s probably why I’m upset about “Homecoming’s” pacing. How can Supergirl be the CW show with the most focus and rush this story?

So long as next week’s episode isn’t filler, I can let these errors go but if the show fast forward Daddy Danvers’s return for a filler episode, I’m going to be upset. We’ll have to wait and see.