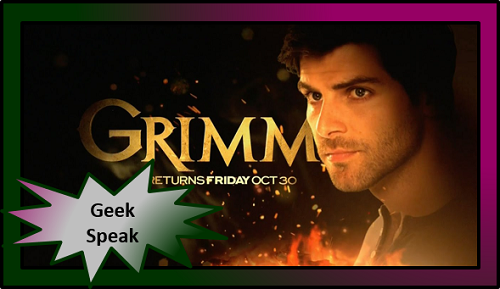 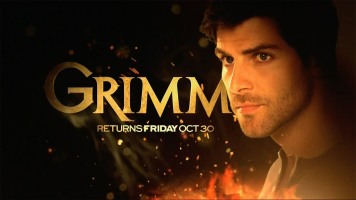 I haven’t covered Grimm in a few weeks, so I’ll play catch up. The Renard story has taken center stage. I like how the story has progressed. Grimm has done a great job of building it with workable chunks each week. If you take this story and look at it in a vacuum of just this season, it makes perfect sense. I’m wondering if Grimm has picked up a lot of new viewers, and the writers’ room is catering to them. But as someone who has seen the previous four Grimm season, I’m not sold on the story because of how Renard has been portrayed in the past.

Renard rejected his royal heritage. Who cares about being mayor of Portland, when you can be a prince of another country? I believe he rejected running for mayor, or being appointed another country’s consulate, earlier this season or late last season, so his sudden turn as mayoral candidate is a head scratcher. As is his wanting to reunite with his daughter. I had forgotten Renard and Adalind even had a daughter until it was mentioned as a political move to reunite the family. This comes off as an artificial way to throw a wrench in Nick and Adalind’s budding relationship.

Adalind and Nick don’t need another complication. She’s regaining her hexenbeist powers, and that’s enough, but I’m down with building more obstacles. Adalind has been a good mother to Kelly (her and Nick’s son), so reintroducing her child with Renard should force her into action because of her parental instincts. I just wished Grimm hadn’t dropped Adalind’s first child. I think Nick could get behind Adalind reuniting with her daughter, even if she does revert to hexenbeist form, but she’s keeping too many secrets from him and that never ends well. I’d call Adalind’s secret keeping and the strain it’s caused on her and Nick’s relationship one of this season’s strengths.

Eve has to be one of this season’s weaknesses. She’s Juliette but not Juliette. And we found out during the latest episode “Skin Deep” that she possesses some of Juliette’s memories, but she’s still not Juliette. It’s confusing. In seasons past Juliette was an emotional rollercoaster, so her robotic performance this season is a reprieve, but it’s still robotic.

I could warm up to Eve and how she is now—Bitsie Tulloch has done a great job portraying a character devoid of emotion—but Hadrian’s Wall has too many more mysteries that I can’t wrap my head around. It’s a secret branch of the FBI, which means that the United States government knows of Wesen, but we don’t know anything else about the agency. Hadrian’s Wall begs the questions who knows of it and when did they know it, but Grimm hasn’t shown any signs of answers. This secret government group opposes The Black Claw, and that’s all we know.

The Black Claw has also had its ups and downs. Some episodes Grimm gives us a good taste of these terrorists, while other episodes are so wrapped up in the group’s machinations, that we’re not sure which issues they stand for. We were first introduced to The Black Claw with their slaughtering of anyone who doesn’t believe the same way they do. So that colored my opinion of them and the actions they took after those initial episodes. Killing off the wesen council: good, effective, and in keeping with their previous actions. Manipulating Portland’s mayoral race: not so good and out of character for the group. Clearly Renard doesn’t own their ideals. Why would they waste their time converting him? Seriously, Renard’s story line would be great if you had amnesia.

With the ongoing arcs out of the way, I’ll give some thoughts on the wesens of the week these past few episodes. I’ll be brief.

“Silence of the Slams” gave us a nice wrinkle to the usual weekly wesen. I like it when Grimm switches its typical wesen antagonist for something a little foreign, and that was what worked with this down on his luck Luchador. What I didn’t like was that the wesen who made the magic Luchador mask was another one and done wesen.

“Lycanthropia” took the usual blutbad wesen and turned it on its ear. I like it when Grimm takes one of its staple wesen, like the blutbad, and changes it up, so this worked for the episode. Unfortunately, the mystery’s twist was too obvious. The prime suspect was a red herring and it was his loved one who was the killer.

“Skin Deep” presented a familiar story of someone sucking youth from young people and selling it as a fountain of youth cream. The wesen was another one and done, so that was working against “Skin Deep,” and the story was not only familiar, it was tired. But Grimm did a great job of presenting the story. Who cares if it ended the way you’d expect? It was entertaining and the final scene of the story was haunting.

Overall, Grimm has had a strong season. While I prefer episodes prior to the mid-season break, there’s enough in these past few episodes to hold my interest.