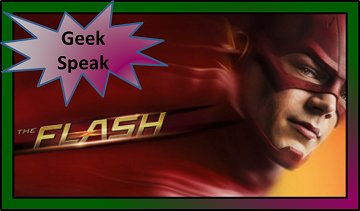 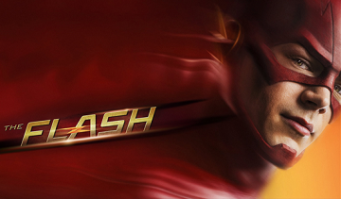 The Flash gives us the best series premiere this fall TV season—so far—but that shouldn’t come as a surprise, since the creative team of Arrow shares a lot of pieces with The Flash’s creative team. This doesn’t mean that the show doesn’t have issues.

The biggest problems with The Flash are expository dialogue and a flat supporting cast. I don’t need every character telling me their life story when I meet them. Some cast members have few lines outside why they’re doing what they’ve done or what they’re currently doing. This makes for awkward storytelling and character development, but fortunately, Gustin as the affable goof Barry Allen drives the show.

With Allen at the show’s center The Flash has a different feel than Arrow—of course we get a cameo from the Arrow, and the way they include the Arrow is an example of good storytelling. Speaking of Arrow, a lot of people know that Oliver Queen is Green Arrow, and judging from The Flash’s pilot, they want to play catch up. The only problem with this is that Arrow has had two seasons to develop these characters, while The Flash comes out of the gate with almost as many people knowing his secret.

The creative team has plenty of their own secrets. Some of character names are changed from the comics to the TV series in order to obfuscate who plays which character. There’s one main character whose name has been changed, and it’s difficult to get into depth with him without giving away some spoilers, so spoiler alert: Harrison Wells, played by Tom Cavanagh, time travels. We get a nice Easter egg at the end of the episode—if you read the comics, you’ll be pleasantly surprised—that reveals Wells’s time traveling exploits.

And now I’ll speculate on the two characters I think Cavanagh might be portraying. Keep in mind that they have to have some link with time traveling. Reverse Flash factors into Barry Allen’s origin, but there have been countless versions of the character. Given Cavanagh’s performance, if he were the Reverse Flash, he would have to be the one who fancies himself as the man grooming The Flash into superherodom. Then, we have rumors from The Flash producers that they plan to include Booster Gold in the series. Geoff Johns wrote a few Booster Gold stories in the past, so it isn’t too farfetched to see Cavanagh sporting the blue and gold. Of course there’s another character who could don the booster Gold uniform, too.

The Flash intrigues me with its solid pilot. It does in forty minutes what the 1990s Flash TV show took almost two hours to do: introduce the likeable Barry Allen. And speaking of the Nineties’ Flash, I had a smile on my face when I saw John Wesley Shipp playing Barry Allen’s father Henry Allen. Shipp played the titular character in the Nineties, and he gives a nice performance here.

Verdict: Great pilot, even though it has flaws

As a fan of Arrow, I had high hopes for The Flash, and I was not disappointed. There was a lot of clunky exposition, and I’m a little concerned about how many people already know Barry Allen’s secret, but the show manages to bring a lot of the meta-human aspects of the DC Universe to the screen in a convincing and satisfying way. While I’m not quite sold on much of the supporting cast yet, Grant Gustin’s portrayal of Barry Allen is engaging and the character is instantly likeable. 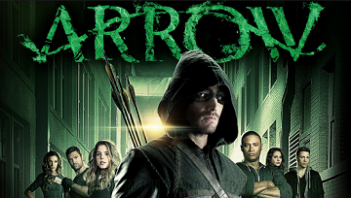 Well, Arrow titled this episode, “The Calm,” and that was definitely a bit of misdirection. There was no easing us into season three, and while I’m happy for the quick start, I think the problem with this premiere may have been that it moved a little too fast.

I’m going to get into spoiler territory here, so be warned. The relationship between Oliver and Felicity is something the show’s been developing since the first season. While we got some really tender scenes with them together, it felt to me like they went from start to finish a little too quickly, especially since the realization that a normal romance would be out of reach for Oliver was something already explored. In other words, if they were going to have Oliver arrive at a conclusion he’d already reached before, they needed to let it breathe, let us consider that he may have been wrong for a bit. We didn’t really get that chance.

It was good seeing Roy take more fully to his role as Arsenal. It’s a storyline that has been brewing for a while now, so I’m glad they didn’t depend on it for a huge moment in the episode. There’s still some development required to sell him in that role, but I’m confident we’ll get it.

Brandon Routh as Dr. Palmer/The Atom is also off to a good start. Routh brings a certain charm to the role, and I like that there’s some ambiguity in the character for those members of the audience who are unfamiliar with the comics.

Paul Blackthorne as Quentin Lance continues to be a strong point of the show, but this episode may have pushed his post-heart-attack frailty a little too far. I’m excited to see his role change now following his promotion, and the decision to recognize The Arrow, and change Oliver’s relationship with the Police Department is an exciting development for me.

The general theme of the episode, having Oliver struggle with his relationships with his team, and how much risk he is willing to expose them to was stretched a bit thin. Yes, there was a close call this week, but it’s not a first for any of them. It’s not even a third for any of them. Having Oliver all of sudden decide to draw the line is a bit unsatisfying.

The show’s big cliffhanger ending is a tricky one, but I’ll address it saying as little to give it away as possible. There is an apparent death at the close of this episode, and it’s not a minor character. The setup for it felt a bit awkward, even contrived, but it is somewhat of a game changer for the direction of the show. We all know that death in a comic book universe is often a temporary state, and there’s always the possibility for this to be sleight of hand work, but at the very least, the writers have shown us they are not holding back.

Verdict: Season three is off to a solid start.

The episode name is a bait and switch, but I guess it works in the sense that it may refer to the “calm before the storm.” And there definitely is a storm brewing at episode’s end (see Jim’s comment about the show’s big cliffhanger above). I’d be shocked if the character in question doesn’t show up again in one form or another. I did like the addition of Routh/Dr. Palmer. He slides in with the current cast, and his character gives a tip of the hat to another of Star City’s heroes. But Oliver’s motivations are at best forced and at worst disingenuous. 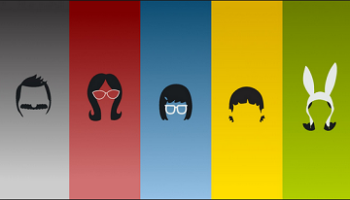 This season’s premiere serves as a perfect jumping off point if you’ve never seen an episode of Bob’s Burgers. You learn all you need to know about who these characters are through their antics in this show. Gene puts on a one man musical with the frantic comedy that comes with it, Tina obsesses over Jimmy Junior’s butt and makes all decisions based on said posterior, Louise devises madcap schemes that result in a massive blowup, and Linda goes over the top because two of her children are in competing musicals. Even minor child characters make triumphant returns. But this episode skimps on the titular character and most of the adult extras. When was the last time the family spent a day in the restaurant? I have to admit that Linda and the children are a lot more entertaining than Bob—it’s an odd choice to have H. Jon Benjamin as the straight man. Hopefully, we’ll see more of the characters we’ve grown to love over the last four seasons. 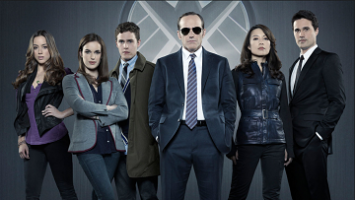 Agents of S.H.I.E.L.D.
Jim’s Review
It’s hard to talk about this week’s episode without getting into spoiler territory. I’ll do my best, but be warned that some specific details of the episode will be addressed.

There was a little bit of plot development this week. We get a sense of the tug-of-war between S.H.I.E.L.D. and Hydra, but at some point, I feel like we need more than a recruiting battle. What is ultimately at stake here? I expect Marvel to be reluctant to reveal Hydra’s master plan on a TV show as opposed to a feature film, but that’s becoming just a little too apparent.
We’re finally told what took Simmons away from the team, but I find the answer unsatisfying. She’s joined Hydra as a sleeper spy for Coulson, but what little character development she’s had has shown Simmons to be a horrible liar, and that makes the decision to use her in that role seem completely unbelievable, even with the limited personnel to choose from. The show addresses this in a weak attempt to poke fun at the character, and possibly even acknowledge its logical shortcoming, but I don’t think it’s enough.

I’ve always been down on the Skye character, so it probably won’t shock anyone to know I’m struggling to accept her new-found competence as a field operative. I also didn’t think the confrontation between Ward and Fitz paid off like it was meant to. I don’t know if they’re trying to earn sympathy for Ward, or trying to give Fitz credibility as a more assertive character, but the exchange seemed to come too easily.

I’m also a little concerned about the introduction of mind-control. In a show where unearned moments pepper the narrative, I feel like that particular device can be used to shift allegiances and explain out-of-character behavior too easily.

Verdict: Bit of a stumble this week. 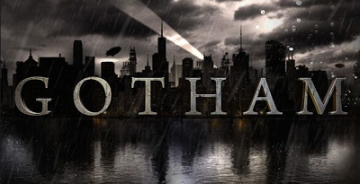 This episode fared better than the two that preceded it, but I wonder if that’s a function of a few things: no Gordon-Bruce scenes, Alfred acted more like he knew Bruce and cared for him, and Catwoman actually did something Catwoman-like. Throw in some good scenes between Gordon and Bullock and get rid of the Penguin references, and this episode improved on a lot of the things that bogged down the others, while building on what worked in the first two.

I can’t say I buy the relationship between Barbara and Montoya. It’s tacked on and borderline pandering, but I’ll give it a chance. We get a different kind of vigilante, and this slant of vigilantism is heavy-handed in terms of how it relates to the once and future Batman. Yes. We get it. Batman differs from this vigilante in a very key way that I won’t reveal here because of potential spoilers. Let’s say the creative team telegraphs their punches, and they keep tugging at a thread with no hope of follow through.

I still can’t stand Fish’s accent, we don’t get a fleshed out opinion of the vigilante by another Gotham policeman besides Jim Gordon, and subtlety continues to elude Gotham. But the show continues to improve. The Penguin’s transformation is interesting, but I’m not sure how far they’ll take it without any hope of Batman’s presence. Perhaps the best thing this episode does is give us a sense of Gotham City as its own character.