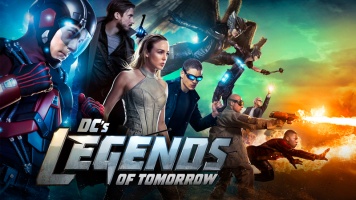 Well, there was a lot of action in Legends of Tomorrow’s pilot. While that may work for plenty of folks, I’ll paraphrase one of Jim’s favorite terms and say that you have to suspend disbelief to go along with this story. I’d take it one step further and say you’d have to be pretty gullible to believe this disparate group of misfits would form a team under any circumstance. If you did buy this malarkey, I have a great rich idea I’d like to share with you.

If you think that last remark was too harsh, just know that one half of Firestorm literally roofied the other half into going: the perfect Quaalude to this mission. Two other team members are thieves and there isn’t an upside for them continuing with the team, and to make matters worse, Rip Hunter left them in the ship to guard the stuff: they’re thieves. Two more characters are intrinsically linked with the big baddie Vandal Savage and they don’t factor in any way into a future where Savage is front and center when you’d think Savage would sacrifice them publicly to illustrate his dominance. Anyway, look at the lights—they’re pretty.

Okay. I’m done bashing the show—for now. Let’s get to some pleasantness. Legends of Tomorrow represents the CW’s most ambitious show yet. There are nine characters in this group and the show juggled equal screen time for most of them, and the graphics are the most impressive this network has ever produced. Honestly, I don’t care for the story as it stands but there’s a chance it could get better and since the CW is pushing its boundaries with this program, I can’t wait to see what they’ll have in store with the rest of their DC Comics shows.

Legends of Tomorrow’s pilot wasn’t all bad. It watched like one of the annual DC crossover episodes; you fill up on empty calories. Let’s hope the show takes its foot off the gas and expands on this sprawling story and its many characters.