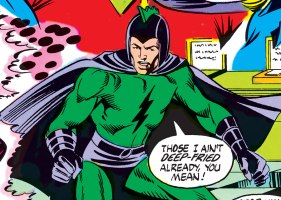 How did Jake Simmons become a metahuman? Looks like Cisco and Ray have some research to do. In the DC Comics Universe, Simmons’ plane was hit by lightning and a meteor. He was found in a crater by the Ultra-Humanite and became the mad scientist’s guinea pig. The Ultra-Humanite charged Simmons with electrical shocks, which eventually turned him into a living battery, a “Deathbolt.” 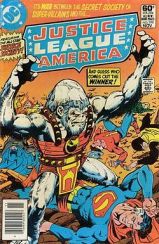 Should the Jake Simmons arc run this direction, we could see Superman’s original nemesis and the first comic book recurring super-villain, the Ultra-Humanite, make his first appearance on screen. Originally, the Ultra-Humanite was a super genius that could transfer his mind into other bodies. This useful skill made him an enemy to the Justice Society and later the Justice League. 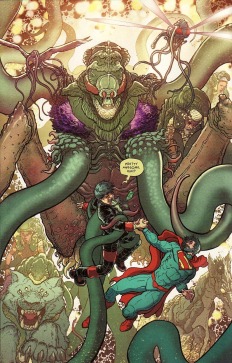 But DC’s New 52 recast the Ultra-Humanite as a prisoner of the Phantom Zone—that’s the mirror prison General Zod and his cronies were banished to in Superman 2 for folks who don’t follow the comics—and he feeds off of other’s fear. If Arrow/The Flash uses this new storyline, we may not see the Ultra-Humanite and I’d be sad if that was the case. The Ultra-Humanite has had some killer battles with Gorilla Grodd in addition to the heroes in both shows. 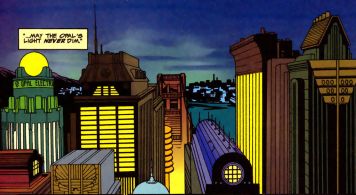 Another DC Comics Universe city received a name drop in Arrow this week. This time the little port town of Opal City that’s been the home to Starman, the Black Condor, and the Elongated Man had Jake Simmons pass through it recently. The big question is whether or not his visit was for business or pleasure. Simmons doesn’t strike me as the fun-lovin’ type. 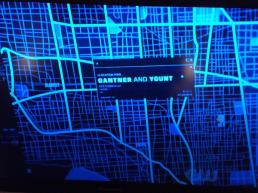 Deathbolt committed some of his crimes at a street corner that sounds like a shout out to a couple of star baseball players from the 80’s. Jim Gantner and Robin Yount who, along with Paul Molitor, made up one of the best infields in the MLB during the 80’s. I don’t know if Arrow has a Brewers fan in their writer’s room or if this was either an 80’s reference or a Milwaukee one. I’d imagine it’s the later.

If you saw our DC Universe Cities map a few months ago, you’d know that Arrow has made some references to Starling City being in Wisconsin. If Starling named a couple of streets after Brewers, that’d be another Wisconsin reference.

In case you missed it, or you need another look, here’s a link to our DC Universe Cities Map.

I think they made the right decision.

The Illusion of Death

You’ve gotta love Merlyn’s magic bag o’ trickery. Roy joins the ranks of people who seemed to have died on the Arrow only to not die. He’s in good company since Oliver, Sarah, Merlyn, Slade Wilson and most likely Thea have faked death or died and came back to life. 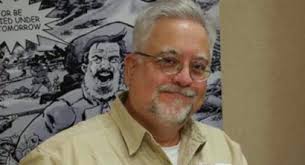 Did you happen to miss our Arrow review? If you did, here’s a link to it. Enjoy.