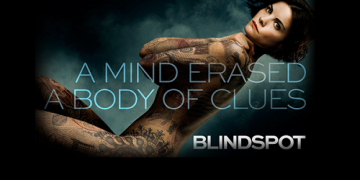 Some critics may dislike “Cede Your Soul” when comparing the episode to prior Blindspot episodes because the show traded squeezing in a puzzle, a mystery, and scant character development for taking a breath and letting viewers into the quiet hours of Blindspot’s large cast. “Cede Your Soul” had Weller and Jane take a step back, while both of them sorted out their private lives—or lack thereof. Zapata may have settled her score with her bookie—but I doubt this will last. And Patterson’s boyfriend makes another appearance and the boyfriend messed up Patterson’s board game collection: he alphabetized Patterson’s board games by title instead of by game designer. I feel your pain, Patterson. All of this added to a lot of time in which to know these characters during “Cede Your Soul,” because there wasn’t much of a puzzle for this week and the mystery got wrapped up real quick, sort of.

I don’t want to get into too much of “Cede Your Soul’s” plot and inadvertently give away some spoilers but let’s say that this week’s baddie was tricked into doing bad things, helped the FBI stop the threat, got kidnapped by the folks who tricked them, and then showed Jane Doe and Patterson how to find her. This inside guy afforded Blindspot to dive into its central and reoccurring characters and that’s a great thing.

I’m still not sold on Jane and Weller’s romantic involvement (if there will be one) and elements presented in “Cede Your Soul” make that a more distant probability. I’ll also need more context between Agent Weller and his dad to completely buy into Weller’s distance with him. Weller is distant from everyone but specifically his father. There has to be something more to this relationship but Blindspot hasn’t revealed it—yet. The Zapata arc is going well. The events in “Cede Your Soul” may suggest that Zapata’s gambling story arc is done but everyone knows Zapata’s addiction will turn up again. Jane Doe gets friendly with this week’s duped baddie and forms a bond. With the break in the action, Blindspot delves into how lonely Jane’s new life is and that was nice to see. But I have a soft spot for the board game loving Patterson (for obvious reasons). I can’t say she and I have the same taste in games—how many copies of Clue do you need?—and her private life was only touched on, but I like that there’s a prominent character with a serious board game addiction.