We’re continuing our top tabletop games through the years with the next list of Common Era games that first saw publication before the 1930s. There may be some debate as to when these games first hit shelves, but these games definitely fit the bill of a Common Era game that predates the modern board game era—we think. 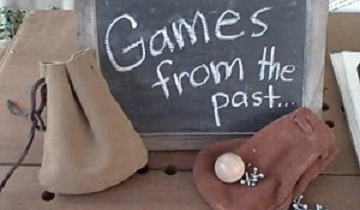 As with our Tabletop Games from Before Common Era list, let’s set some ground rules.

1: Cultural relevance plays as much of a factor as overall quality. A game might make the list that doesn’t hold up to others of its type, but the game in question is everywhere, and you can’t ignore it.

2: Only one game from a franchise makes the list. We’re still too early in history for this to be a big issue, but we don’t want to have lists of nothing but Risk, Monopoly and Clue tie-ins.

3: Longevity plays a role, too. A game doesn’t have to fly off the shelves today, but it had to have some widespread appeal for a decent time period.

5) Mahjong (Early Ming Dynasty: 14th or 15th Century)
People can’t agree who created Mahjong, when it first hit game tables, or even how to play the game, but you can’t deny the appeal of these colorful tiles.

Traditional Mahjong functions similar to Rummy where players keep their tiles on trays and try to complete sets. In fact, Rummy may owe its existence to this tile game. Many other folks play Mahjong by shuffling the tiles and placing them in playful patterns and then they make matches, getting rid of tiles from the patterns and freeing new tiles as they go.

Mahjong had a gambling aspect to it and that led the Chinese government to ban the playing of the game for many years. Coincidentally, the West was first introduced to Mahjong in the 1920s, but the game didn’t gain popularity until the 1940s which was when the Chinese ban was implemented. So while westerns learned the joy of Mahjong, the country of the game’s origin wasn’t able to play. 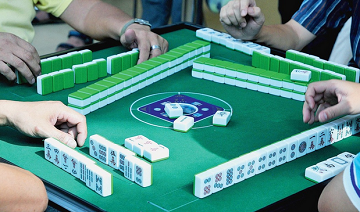 China lifted the ban in the 1980s and it’s as popular now as it was in centuries past. Mahjong is also the most played tabletop game in Japan.

But I stand by The Game of Life’s inclusion on this list as it’s the only major board game created by Milton Bradley himself. Bradley only made the game as a means to recoup money he lost after a failed lithograph business. He had sold numerous copies of a little-known Republican presidential nominee Abraham Lincoln, but Bradley had taken the pictures of Lincoln before he grew his trademark beard, and folks demanded their money back because they were sure the picture wasn’t of Lincoln as Lincoln had grown his beard for the presidential race.

3) Snakes and Ladders (16th Century)
Snakes and Ladders takes the moral high ground. Unlike The Game of Life, Snakes and Ladders has its roots in morality lessons. Players make progress on the board that mimics a life journey. Ladders denote virtues, while snakes represent vices. The original ancient Indian game board showcased what can happen when you fall from the moral path and what you can gain if you stay virtuous and true.

Originally called Moksha Patam in India, the game became popular in England at the turn of the 20th century as Snakes and Ladders. Americans were first introduced to the game in 1943 by means of the Milton Bradley Company, but the game experienced another name change: Chutes and Ladders. Apparently, Americans get squeamish around snakes. 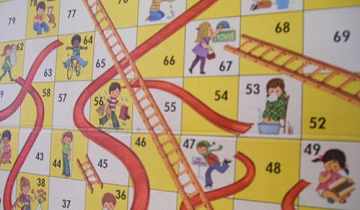 Regardless of what you call it, Snakes and Ladders has influenced countless games that came after it.

2) Parcheesi or Pachisi (500)
We have back-to-back Indian board games on this list. This time it’s the Royal Game of India: Pachisi.

Pachisi is called the Royal Game of India because India’s royalty would dress up their servants to use them as human-sized game pieces on large outdoor boards. Talk about deluxe size.

We had to include Pachisi to this list as it introduced the gaming world to the roll (or spin) and move mechanic that has been used in so many games – like Monopoly, Clue, and The Game of Life – that came after it. Pachisi has had plenty of copycats as well. But perhaps the most famous Pachisi copycat (Sorry!) comes from Parker Brothers the manufacturer that introduced Americans to the game of Pachisi as Parcheesi. 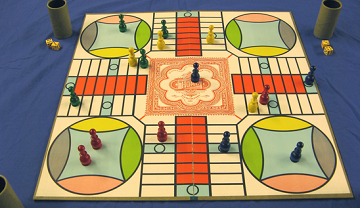 I guess you can’t have enough of a good thing.

1) Chess (1475)
Chess is played by hundreds of millions of people worldwide in homes, parks, clubs, online, and in tournaments. It’s even become a part of some school curricula. Is it any wonder why it tops our list?

Chess also happens to be the third consecutive Indian board game on our list—sort of. Many historians believe it originated in Eastern India around 280-550CE in the Gupta Empire as the game Chaturanga (literally four divisions {of the military}: infantry, cavalry, elephants, and chariotry). The game went through several evolutions – most of which occurred in Eastern Europe – before settling on the modern units and rules which first appeared in 1475.

Numerous people have written literature on Chess. The game spawned the first group of professional board game leagues, and when computers were first programmed to play games with people, Chess was one of the first games that made the cut.

It doesn’t matter if you’re a noble during the Renaissance, Bobby Fischer, Deep Blue, or a kid in the fifth grade, you’ve probably played at least one game of Chess. That’s why it gets our top spot.