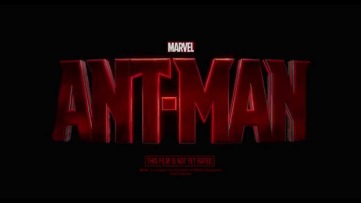 It’s difficult to compare Marvel movies because each film in the Marvel Cinematic Universe (MCU) that features a solo hero uses a different genre and its tropes for its blueprint. Ant-Man chose the heist movie. Selecting this genre fed into the MCU’s second wave of films by showing a parent – in this case two, Paul Rudd’s Scott Lang and Michael Douglas’s Hank Pym – trying to be the people their children need them to be. This led to some good, if somewhat by the numbers, character development for the majority of the main cast, and this character development made for a more enjoyable viewing experience than Avengers: Age of Ultron.

Ant-Man also used Macrovision, which was how Ant-Man appeared a centimeter tall on-screen. This process provided some fresh eye candy, but the movie weaved these moments into the narrative well enough that you didn’t get overloaded with special effects. You had enough of the father-daughter moments to ground you in reality and yet, Macrovision provided some of the best action sequences we’ve seen thus far in an MCU film.

I also liked how Ant-Man introduced the Wasp. Those of you who haven’t seen the film might be crying spoilers right now, but anyone who read the Marvel comic knows that Ant-Man and the Wasp are synonymous. This movie could’ve been easily called Ant-Man and The Wasp, and that’s wonderful. The MCU has forced the Black Widow down our throats as the only super heroine of note, and it’s great to see another strong female.

Minor Spoiler Alert: Ant-Man visits the Quantum Zone. This is another one that won’t sound familiar to some fans, but the Quantum Zone could be one of the few links to the main MCU – besides the obvious S.H.I.E.L.D. flashbacks – that Ant-Man makes. On the surface, Ant-Man comes off as a standalone Marvel movie, which is great if you’ve missed a movie or two, but if you caught the silhouette Scott Lang didn’t see, while he was in the Quantum Zone, you’d know that Ant-Man might have more than its S.H.I.E.L.D. and Avengers references. Yes, the figure in question might be Janet Van Dyne, who disappeared in the Quantum Zone, but the person in question might be a nod to the upcoming Marvel film Doctor Strange.

There’s plenty to love in Ant-Man (I enjoyed Michael Pena’s performance as Luis) and the movie adds plenty to the MCU. For those of you who think Ant-Man’s an unnecessary movie, think again. Captain America isn’t a founding member of the Avengers, but Ant-Man and the Wasp are. These two classic Avengers needed their due and Ant-Man delivers.